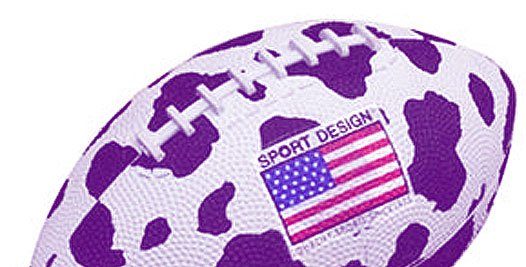 My son loves the Pittsburgh Steelers. I love my son. So I’ve been learning about football – and a lot about life.

Do What We Do

I just finished reading Quiet Strength by Tony Dungy, a former Steeler who went on to coach his way to a championship in Indianapolis with that Manning kid. Tony learned how to lead by playing under the very successful and focussed Coach Noll in Pittsburgh. Noll’s philosophy was simple: Do the ordinary things well. Dungy later preached his own version of this to his teams in Tampa and Indianapolis: Do what we do.

The same is true in the music business…and blogging, manufacturing, plumbing, teaching, painting…

Marketing guru Seth Godin took a trip through the countryside with his family one day and passed a zillion black and white cows. At first his city-dwelling family pointed and shouted “cow!” but in a short time they stopped even noticing the beasts. Every cow looked the same and that made every cow, well, ordinary. But if suddenly they’d passed a purple cow…

So the book Purple Cow was born, and suddenly being different didn’t feel so bad for a lot of us. Basically, Seth told us, do what you do. Not what the most successful guy is doing – you’re not him! What is it you do? Do that!

Coach Dungy’s team in Indianapolis was good but couldn’t get to the Super Bowl. Some members of media wanted him to fire assistant coaches, trade players, or leave town. A player went on national television criticizing Dungy’s mellow coaching style, saying the team needed to be yelled at. So many people were in Tony’s ear telling him to change, to do it their way and not his way. But he persevered year after year.

Do what we do.

And eventually he won the Super Bowl.

Yesterday I read the first review of Third World Symphony. The reviewer wanted a different record from me. And a friend who works in radio wrote yesterday to let me know how disappointed he was that Third World Symphony didn’t contain an obvious positive pop-rock hit single he could play. “…like Welcome Home,” he said. “…missed opportunity,” he said.

It’s hard to do what we do because it’s so difficult to remember what that is. So tempting to change colors.

I wish I could be as artsy as that reviewer thinks I should be and as Tomlin as that radio friend hoped. There’s nothing wrong with either. But that’s just not me.

Coach Dungy wrote out five things that the Colts do. Every season he came back to that list when players grumbled, the pundits criticized, and the fans played Monday morning quarterback. The list acted as a kind of self-portrait: This is who we are.

So very late last night I made my list. And I’m sticking to it.

What’s on your list? What do you do? What makes you purple?