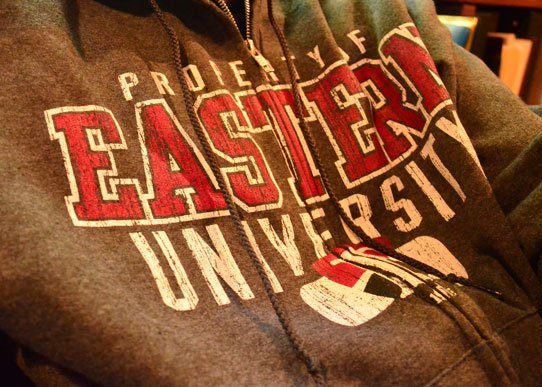 That same Sunday School teacher gave me a tape of Tony Campolo preaching when I was a senior. It was all about “the kingdom“. I’d never heard anyone preach about poverty before. I’d never heard the kingdom described as anything other than a place we go when we die.

In college I took a job selling books over the phone to church librarians. My first assignment? Carpe Diem by Tony Campolo. And it was a struggle.

Librarians had either never heard of the guy or they didn’t like what they’d heard. “Liberal”, one lady called him. Today, much of what earned Tony Campolo that label is now accepted as gospel truth. Literally! Many American Christians now believe “the gospel” is not only that Jesus died as an atonement for sin and rose from the grave to defeat death, but also that Jesus established a kingdom on earth here and now that would free captives, give sight to the blind, and bring justice for the oppressed – a kingdom that gives everyone a glimpse of the kingdom to come in heaven.

Tony was the first evangelical voice I recall teaching these truths to my generation. So I was a bag of mixed emotions as I prepared to speak to the students at Eastern University on Wednesday. Tony Campolo teaches sociology (among other things) there. Eastern’s graduate school of leadership bears his name. What could I possibly say about poverty and compassion that students at Eastern haven’t heard…and heard said much better?

The beauty of Eastern’s campus is rivaled only by Pepperdine’s. And Pepperdine sits on a cliff in Malibu overlooking the Pacific, so that’s not really a fair comparison is it?

Eastern’s facilities, though stone castles on the outside and surrounded by fountains and lush gardens, are plain on the inside. Simple. Frugal. Exactly the kind of place you’d expect Campolo to work.

The faculty and students gathered in the poorly lit gymnasium and sang with abandon. Some raised their hands. Some even danced. I heard Tony speak at a music festival once and chide the crowd for not being more enthused about all Christ has done and is doing in us and the world. The folks in Eastern’s chapel service were enthused and then some.

And then, supported by your prayers, I took the microphone and dissected scripture, told a story and asked for compassion. At the end of the day we only had seven packets left. A whole box was sponsored by the generous students and faculty at Eastern! Micah and I had lunch with Sharlene. She works in admissions at Eastern’s grad school. We’ve talking a while about my desire to get a masters degree there. But money and time have always been an issue.

Sharlene and I plotted our bank robbery out on a napkin. Micah would drive the getaway car. And Sharlene would…decide that wasn’t the best way forward. She said she’d send me an application and some financial aid info instead.

There’s not a better Christ-centered program in the U.S. for those wanting to study International Development or Organizational Leadership than Eastern’s. I know. I’ve looked at them all! None of them have so many Christian faculty with so much collective and diverse field experience. And none of them have a guy who’s been my teacher for more than twenty years…or an admissions counselor willing to entertain committing a felony for a student in need.

If you could go back to school, what would you study and where?

30 comments on “A Visit To Eastern University”