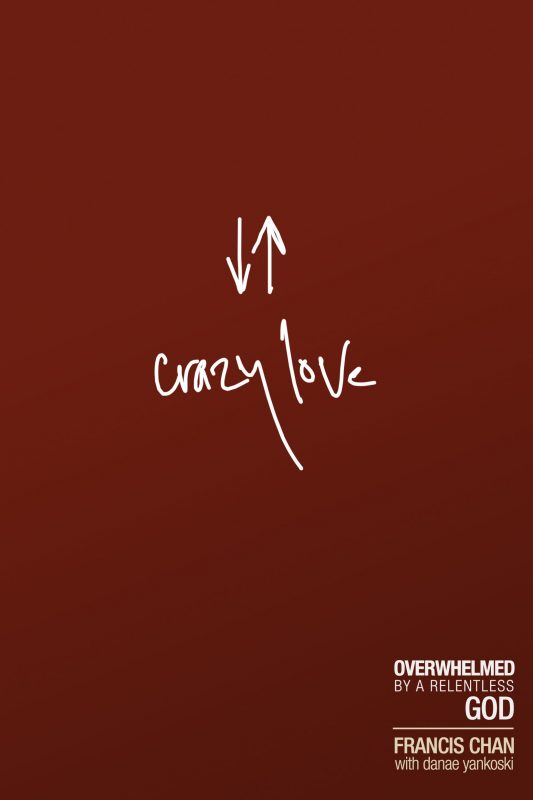 This post is a discussion of Chapter 9: Who Really Loves That Way? from Francis Chan‘s Crazy Love. I wrote it to play my part in an on-line book club started by Jess and Angie. To keep up with all the book club happenings check out the Bloom book club blog and their Ning site.

I’ve read a lot of books by theologians about poverty, simplicity and generosity, peace making – about following Jesus. Often theologians take the words of Jesus, parse the original language for us, immerse us in the original cultural context into which the words were first uttered, and then, well, they add their own big ol’ “but” at the end of His sentences.

When Jesus said “sell your possessions and give to the poor” what he really meant was “Sharing is a good idea for super rich people but..”

But it’s going to make you look like a nut.

But the government does that for us nowadays.

But it’s impossible for married people with kids.

But it’s too dangerous.

But God doesn’t do that kind of thing anymore.

But it’s not necessary to get into heaven so…

But it’s not possible for you to live that way right now.

Francis Chan disarms obliterates every “but” by filling an entire chapter of Crazy Love with nothing but stories of everyday people following Jesus right now right where you and I live.

I can’t say following Jesus is only for single young people without kids and a mortgage. What about George Mueller?
He and his wife started orphanages in England before orphanages were common. They had two goals, Francis says: “The first was obviously to help the orphans; the second was to show people what it looked like to trust God for everything.” George kept detailed records of their finances so that even today we can see what the needs were, how he and his wife prayed and how God provided. “During his lifetime a million and a half pounds went through George’s hands in the form of donations. He directed every cent toward those in need.”

I can’t say following Jesus is too dangerous. It is dangerous sometimes but what about Brother Yun?
Brother Yun became a Christian at his father’s deathbed and it brought purpose to his own life. He told the story of Jesus all over China, which eventually landed him in a maximum security prison. He was tortured, electrocuted and beaten until crippled. But the God who raised Jesus from the dead raised Yun to his feet and he walked out of the prison on broken legs. “Gates and barriers that were always closed and barred were miraculously opened. No guard tried to stop him; it was as though he were invisible to them.”

I can’t say I’m too old to follow Jesus either. What about Lucy?
Lucy is a former prostitute – now an elderly woman – who still lives in the neighborhood she once worked. She opens her home to pimps, drug dealers, and prostitutes who know that “if you need anything, you can come to Lucy’s house.” This, Francis says is “her way of loving people who are in desperate need of the hope and love that Lucy foudn forty years ago.”

I can’t say I’m too young. What about Jamie Lang?
Jamie was twenty-three when she saved up $2000 to fly to Tanzania. The plan was to stay there until she ran out of cash, but she wound up meeting a mother dying from AIDS, caring for her baby, leading the woman to faith in Jesus, and adopting her child when she died.

I can’t say that this or that is just too nuts to be what Jesus wants from me. What about Cornerstone Community Church?
The church where Francis pastors out in California gives 50% of its budget away because “we believe that when Jesus said to ‘love your neighbor as yourself,’ He wasn’t kidding. If we really want to love our neighbors as ourselves, then it makes sense that we spend at least as much on them as we do on ourselves.” And when they considered a building plan for a beautiful new church sanctuary, they decided to scrap it and build an outside amphitheater instead, saving about $22 million. “I’m sure there will be days when it’s uncomfortable outside, but there will also be joy in knowing that we’re sitting in the cold so that someone else can have a blanket.”

Francis Chan says more in this chapter about what it means to follow Jesus and why we follow Jesus than any theologian I’ve read. These are stories of real people so amazed at and enlivened by God’s love for them that they seem propelled by an unseen Power, unable to refuse a life of following Jesus in crazy, counter-intuitive, and thrilling ways. This is what it looks like when ordinary people just like you and me “surrender all” and live and love whole-heartedly.

Are their lives odd? Yep. Difficult? Absolutely. Uncertain at times? Certainly. They keep living them anyway. And so they silence any “but” that you and I may be holding onto – every excuse, logical argument, stall tactic.

So, what’s your “but”? I bet someone has lived a story that can help you let go of it.

One last thing. I’m on a trip right now with Compassion International in El Salvador (My posts from El Salvador here). We’re visiting kids Compassion educates, feeds, heals and loves in the name of Jesus. But Compassion can only do this if people like you cancel their cable, eat out a little less, lay off the caffeine (or something) and use the savings from these small sacrifices to sponsor a child…or two or ten.

So, I’m asking you to not just be inspired by Francis Chan’s stories but to act on them right now – to act on your faith and love for Jesus Christ. Please sponsor a child today for $38 a month. Can you love like that?

8 comments on “Who Really Loves That Way?”