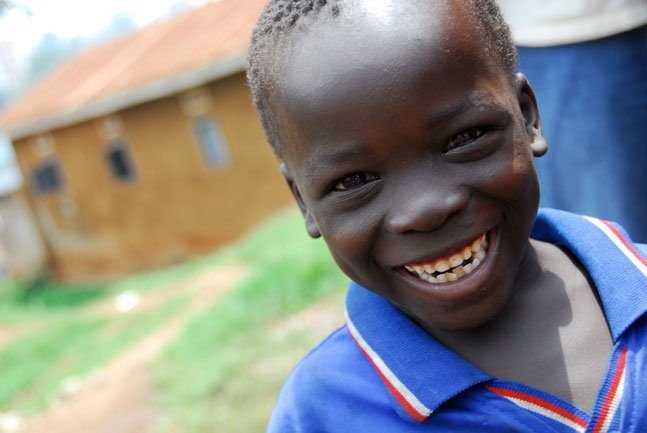 Bill Gates is once again the richest man on the planet. And he’s using his wealth to fight malaria, the leading cause of death in some of the world’s poorest countries. He’s making progress too. But he’d accomplish even more if the right people got sick. WIRED Magazine recently asked Gates “How do you get the media as excited about saving lives as they are about the next phone?”

“We need a malaria epidemic in the blogging community! Either that or we need people who have seen the malaria epidemic to start blogging. Seriously, we have two communities that don’t intersect with each other. One is about a billion and a half people—families, children—who live in malaria-prone areas. The others are living pretty nice lives, and it’s great. If the malaria epidemic was nearby, this stuff would be very prominent.”

Five years ago a group of bloggers from the U.S. stepped off a plane in Uganda. Jet-lagged, nervous, battling bats and a dial-up internet connection, we wrote every day into the wee hours of the night. Hundreds of children received access to healthcare, clean water, nutrition, education and the gospel as a result. Compassion International, the organization that sent us, said, “Let’s do it again!”

And we did. Nine more times. 47 bloggers leaving home, family, and normal behind. They hunch over their laptops and turn the life stories of children into words.

They can’t become poor but they can see poverty and blog about it.

It’s not just the poor who are helped then is it? Not according to Bill Gates.

“People doing innovative work in technology are making a huge contribution—they don’t have to feel bad about it. But if they make enough money, they should give some of it away to causes that they personally develop a connection to. If they can have an awareness about global poverty and disease, that’d be great. Twenty years ago, I didn’t have much awareness about those things. But in 1993, Melinda and I took a trip to Africa and made the decision to focus mostly on global health.”

In the last five years more than 6,000 children have been sponsored, their lives changed, because bloggers wrote what they saw and readers took action. And 47 bloggers, after seeing, never saw the same again. Next week, starting June 18, the 11th Compassion Bloggers trip begins. We’re in Nicaragua with Christy, Kelly, Edie and Traci. Will you pray for us as we put experiences into words in hopes that God will put compassion into the hearts of our readers?

Go here to follow our trip and here to help spread the word. (Thank you.)

12 comments on “Giving The Internet Malaria”