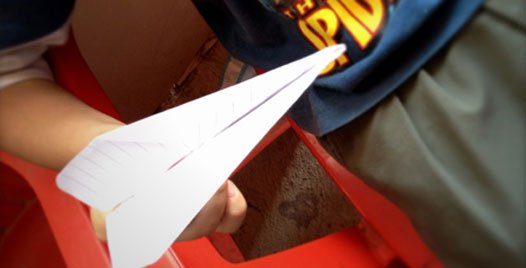 And the LORD God formed man of the dust of the ground, and breathed into his nostrils the breath of life; and man became a living soul. -Genesis 2:7

He’s stirred from his nine year-old boy daydream, eyes wide and fixed on mine.

“Richard, when you are a man…”

He nods along but drifts off again as if his future self is standing in the corner. He eyes the tall man’s height, his stubble, every detail of his grown-up self.

His eyes find mine again. “A pilot.”

He nods. We laugh and tell him Angie is afraid to fly. So many people are. Richard isn’t and he’s not interested in hearing more about those who are – he’s gone again. I can see in his eyes that he’s floated away from the conversation, up up up in his dream.

He hasn’t. His mother shakes her head and chuckles out the details of Richard’s obsession. “He’s seen books, that’s all. All he plays is flying an airplane. All he draws…airplanes! Always airplanes!”

His mind is in the clouds. His hope too.

My voice is an annoying tether yanking him back toward earth – but he tolerates me and listens.

“Richard, I fly all the time.”

“I was probably on…100 airplanes last year.”

“Yep. I fly all the time. Maybe one day, when you’re a pilot, I can ride on your plane?”

He pulls the corners of his mouth downward, his lower lip puffed out, as if giving my request serious consideration

On the one hand, he thinks, I could use the business. On the other hand, this guy will talk my ear off.

Then Richard raises his chin and nods to me. We have a deal, I think. Someday.

“Do you know how to make an airplane?” I ask.

He doesn’t so I beg a piece of paper from our translator, Katie, lay it flat on my giraffe legs and begin folding. One step at a time. Richard leans forward with his feet firmly planted at a safe distance.

I fold in half. He inches forward. Bring an edge to the center crease. Then the other. He studies. Another inch.

A bend here. Flip. A bend there. I grip the finished work between thumb and finger, pull my arm back…”Now we fly!”

A blur darts past Richard and soars through the open door. Richard chases after it. He returns to the doorway and zooms his plane past the chattering adults. It zips across the little house.

Eventually, he pauses to rest, and studies every crease of it, admires every bend. He smiles thanks to me for this gift, for creating what he couldn’t. Around the corner Richard’s classmates sit at desks dreaming. They write their goals on a worksheet, and list the steps they’ll take to chase them down. Some dreams are behind glass on the wall.

“I want to stand up for the poor and abused.”

“My dream is to be a civil engineer.”

Children once grounded by poverty, once unable to think beyond the next meal, now dream of their future. They see it. They chase.

One step at a time.

These gifts for $38. Letters. Prayers. All from the God who formed them in the beginning.

He is forming them still. Before a tearful goodbye at Richard’s house, we stand in a circle. Richard folds his hands around his folded gift and I pull him close and push last words through the lump in my throat.

“…please protect Richard and his family. Help him to study hard and talk to you anytime he has trouble and needs a friend. And please let Richard fly an airplane someday high above the clouds…” God uses Compassion International’s ministry, and your letters and prayers to form children into dreamers. Sponsor a child today and prepare a child for flight.

31 comments on “Formed For Flight”