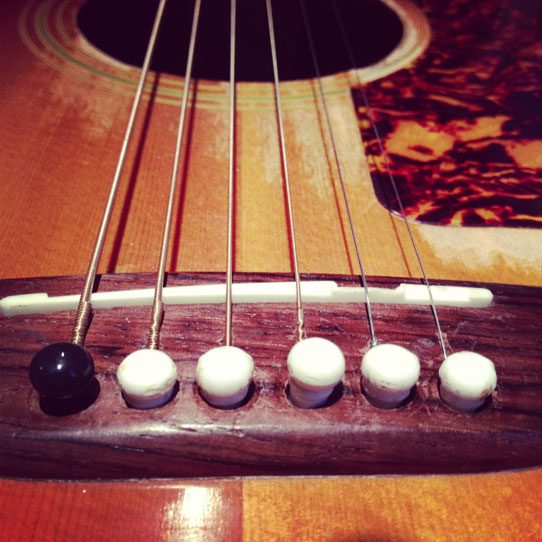 School work is done. The kitchen is clean. Clothes are hung up. And now the hardest part of Wednesday comes.

She fans her fingers over the worn keys of her great great aunt’s piano and looks down, ignoring the lines and dots on the page. And she plays beautifully. She ends with an arpeggio of her own creation, lifts her hand from the keys and points to the sky like a rock star. “Very nice,” I say, “now let’s practice.”

And when I ask why she tells the truth. “It doesn’t sound good.”

“If it doesn’t sound bad, you’re not really practicing,” I tell her.

She scrunches up her face – disgruntled. But she begins again, because I tell her too and I’m bigger than her. “Eyes on the page this time.”

Slowly. One measure, then the next, then the two together…

She finds diversions along the way – questions about what chocolate is made of and when we’re going to see grandparents at Christmas – anything not to practice.

“Keep going,” I say. “You’re getting better and better.” She slowly picks out the next measure, her fingers missing and then finding their way and then missing again before finally forming the right chord together. I’m showered and dressed. Pressing emails have all been answered. The exterminator has been scheduled. The lineup for my fantasy football team is picked. And now the hardest part of Thursday comes.

I fan my Christmas set list and pages of music out on the carpet and tune the old Gibson. I play a familiar song – something I wrote a decade ago.

Because I hate practice.

I sigh to an empty room – disgruntled. Then I strum and sing verse one of the first carol on the list. Then the second verse. My fingers miss, find, and miss again before finally forming the right chord together. I write out the lyrics. Again. And again. Until I’m sure the Old English is engraved on my brain. But when I try to sing from memory the memory fades. I write again. Again. Again. Again… “Keep going,” I tell myself. “You’re getting better and better.”

But I sound terrible. And it hurts – fingers and pride. To focus on the weaknesses until they become strong. To keep going. To keep believing the stumbling makes better music in the end.

If we don’t sound bad sometimes, we’re not really practicing. Back to it… The Christmas tour kicks off tomorrow and I still don’t remember all the words to “Angels We Have Heard On High.”

Consider it pure joy, my brothers and sisters,[a] whenever you face trials of many kinds, 3 because you know that the testing of your faith produces perseverance. 4 Let perseverance finish its work so that you may be mature and complete, not lacking anything. -James 1:2-4

26 comments on “How To Practice”