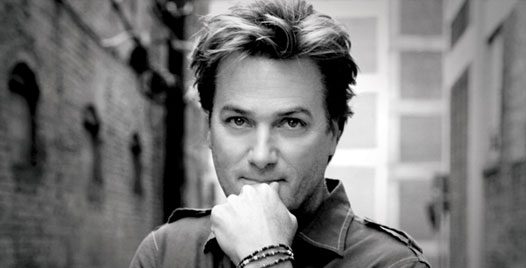 I learned how to play the piano listening to Elton John, Billy Joel and Michael W. Smith. I’d sit for hours fumbling through the chords, straining to hit the right notes, practicing my yeah-yeahs and whoah-whoas…

I didn’t fully appreciate what Michael had accomplished with his writing until I tried my hand at it myself. He somehow managed legendary status in an upbeat-and-positive-obsessed and slow-to-change industry by singing words like…

…and by bending the current musical template slightly with every new release.

Truthfully, over the last few releases, as Michael’s written less and covered the worship songs of others more often, I’ve missed the pioneering that marked his earlier – my favorite – works. Wonder, his new release, is promised to be a return to what I first loved sitting at my keyboard years ago.

With the new 12-song project Wonder, Smith struggles with the disparities of life in the modern age: hope and hardship, confusion and confidence, desperation and dedication. Yet, through it all, he emits a musical and lyrical sense of… possibility. Continuously transformed by the impact of his global travels and the inspiration of his non-profit work (Compassion International, RCKTWN teen club, Nashville Rising, etc.), Smith pushes forward with strength and resolve, believing that Love does win in the end. It’s this sense of awe and amazement in the midst of the human condition that most aptly describes Wonder.

Lyrically, we’ll hear that edge from his earlier works once again. Musically, we’ll get a new bend in the pop mold.

Michael’s not just a musician though. He lives compassionately, generously. More than 50,000 children have been sponsored through Compassion at his concerts over the years. And he’s continually served his neighbors in need right here in our own community as well. On Wonder he’s writing about the pain and progress he’s witnessed firsthand in these endeavors, hopefully mobilizing thousands more to love expressed in action.

Here’s a sample from Wonder – the Peter Gabriel-esque “Rise”.

If this track is any indication, I might be spending some time fumbling through some new Michael W. chords soon, straining once again to hit the right notes…nailing the yeah-yeahs this time. I’m ready for some new lessons from one of my favorite teachers. Check it out.

Get your copy of Wonder right here. Or on iTunes. Disclaimer: I’m not being compensated in any way for writing this post but I was signed to Rocketown Records, a label founded by Michael, in 2000. The label has since shut down so he’s no longer my boss, but, obviously, I’m indebted to the man for the “big break” that birthed the ministry I’m still doing a decade later (so I’m probably biased).