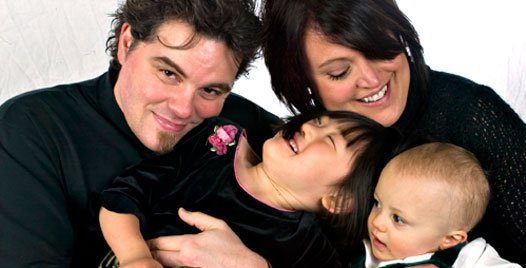 I first met Regie when I was working in a small office at a music publishing company. He had an intense way about him, restless, his dark brown eyes open a little too wide on his chubby face, hair held back by a pair of shades. He didn’t say much to me if anything, just stood in the doorway while another writer dropped off a demo of a song they’d written together I think.

That was my job in those days: to sit at a desk archiving other people’s songs onto disks, entering the writers’ info into a spreadsheet, listening, learning, dreaming of signing a writing deal of my own.

A year or two later – I’m no good with time – Regie was signed to the company, turning in song after song. I remember one batch in particular, a group of songs that would later become the heart of his first album American Dreams. I wasn’t supposed to, but I dubbed a copy of those songs for myself and drove around for months listening to them over and over again, dissecting the efficiency of every line, studying the way he set up each hook and shed new light on them at the bridge. Listening to Regie’s music, and so many others, was my advanced degree in music composition – the stuff I couldn’t learn in any other classroom.

One verse stands out in my memory as a revelation. Every line containing information, but not forced, nothing wasted, each one leading to the next seamlessly. It’s from the song “American Dreams”:

Charlie O’Connally, a mariner’s son
Followed the Hudson Bay tide
Found Ellis Island in 1901
And found him a young Irish bride
Worked in a sweathouse for ten cents a day
To pay for the children she bore
Dublin was more than a lifetime away
The pipes weren’t calling no more
Cause he was locked up and tangled in poverty’s chains
But a red celtic river ran hot through his veins
The new world was nothing but factory steam
Charlie was dreaming American dreams

I started writing “Heaven Hang On“, my first (and last) story song in an attempt to put the lessons learned from “American Dreams” into practice.

What I’m trying to say is, when I was younger I wanted to write like Regie Hamm when I grew up. I still can’t. But I’m better now than I would have been without his words to learn from.

The album American Dreams released a few years ago and Regie said goodbye to the Christian music business, to writing hits for Christian radio like his breakout “I Surrender All” performed by Clay Crosse and producing for Christian labels. The album went nowhere and I often wondered what Regie was up to. We weren’t buds or anything. We never crossed paths. I was just a fan who wished success for one of my many musical mentors.

On the way to the baggage carousel in the Nashville airport on Saturday I saw Regie – slimmer than I remembered, looking younger than his old self, younger than me. “Regie Hamm!” I shouted. “Shaun!” he shouted back and hugged me like family.

There was something lighter about Regie. We made small talk and he asked what I was up to. I looked at the floor. My lack of success in the music business still shames me unexpectedly sometimes. “You know,” I said, “I’m still playing shows every month – I don’t write much anymore but I’m trying to do that again; I think I need to do that again.”

He just smiled and then – “Oh!” – like he remembered he left the coffee maker on back at his hotel a thousand miles away. He turned to his manager. “Do you have a copy of the book on you?” he asked. And then he handed it to me, “fresh off the press”, a copy of Angels and Idols, a biography that he said would catch me up on his life since our days at the publishing company years ago. And I think he knew it could bring comfort to the shamed too.

If you’re a little particular about your books and only expose your eyeballs to Pulitzer quality stuff, then skip it. There are a few spelling and grammatical mistakes, a few too-long sentences I got lost in for a second. He’s a better writer in the fences of verse and chorus than the wide open spaces of chapters – I can relate.

But the writing fits the raw honesty, heartache, confession and God-wrestling of the story. I wouldn’t want it any other way. This is the gritty true story of a man who went from rags to riches to rags to riches to gratitude for it all. He’s not polishing it up for us. Reading it felt like therapy, like coffee with a good friend, like hearing a confession, like sitting at the feet of a great story teller, like hearing the healed man exclaim, “All I know is I was blind and now I see!” – It felt like all of that.

My lows have never been as low as Regie’s (losing his mind, marriage, health, and career) nor my highs as high (penning the third most successful song by a male vocalist in the history of American music), but his tale is similar enough to my own that the lessons Regie wrote about learning were lessons I knew I needed to pay attention to. Once again I spent hours learning from Regie and I think I’m better for it.

The book Angels and Idols is available at Amazon.com and so is his new album Set It On Fire. Or you can grab both on his site: regiehamm.com.

I especially recommend Angels And Idols to aspiring writers and artists. It’ll screw your head on straight without having to go through the heartache usually required to get the job done. It’ll also teach you the nuts and bolts of the music business that can’t be learned in school and won’t be talked about at an industry-hosted workshop. And I recommend it to parents of special needs children and those experiencing the aftermath of a difficult adoption as well: Regie’s been there, done that, still doing that and lived to comfort others who are in the thick of it.