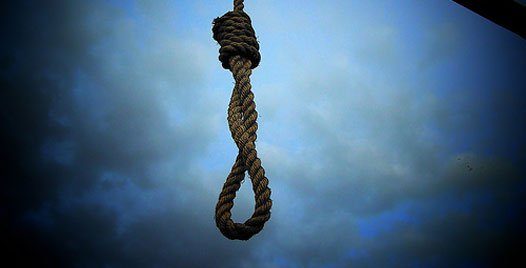 George Wilson robbed a mail coach in 1829, was tried, convicted and sentenced to hang for it.

But some influential friends of his intervened. They petitioned President Andrew Jackson repeatedly until he finally issued George Wilson a pardon.

Wilson didn’t celebrate his pardon as expected though. He refused it instead. He wanted to die.

The sheriff was stuck. He’d never been in such a strange predicament before – don’t know that anyone had.

Sheriff appealed to President Jackson, who was also stumped and so appealed to the Supreme Court.

A pardon is a piece of paper, the value of which depends on its acceptance by the person implicated. Anyone under the sentence of death would hardly be expected to refuse a pardon, but if it is refused, it’s no pardon.

George Wilson hung from the gallows while his signed pardon rested less than a hundred feet away on the sheriff’s desk.

I’m up early working on the final stage of sermon preparation for Sunday: condensing. If I could condense this week’s entire message on forgiveness into one thought it’d be this: Forgiving you at any profound and liberating level isn’t possible until I see my need for God’s pardon and accept it.