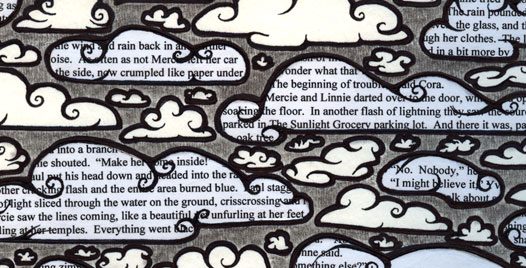 Karl Popper is said to be the greatest philosopher of science of the Twentieth Century. He’s best known for dividing the world into clocks and clouds.

Clocks are orderly, predictable systems that can be fully understood through rational reduction.

Clouds are disorderly, messy, for the most part unpredictable and unsystematic, impossible to fully or even mostly understand.

In this month’s WIRED, my favorite science writer Jonah Lehrer argues that “the mistake of modern science is to pretend that everything is a clock.”

Jonah isn’t suggesting that 1+1 no longer equals 2. Or that nothing can be measured, poked, dissected, tested and known. I think he’s suggesting that his fellow scientists measure, poke, dissect, test and tell us what they know a bit more humbly.

I think he wants them to admit that in this universe there are both clocks and clouds (and clocks filled with clouds) so sometimes science can produce facts but oftentimes the best it can offer is a really really good guess.

“…the mistake of modern science is to pretend that everything is a clock.”

Finally, something science and religion have in common.