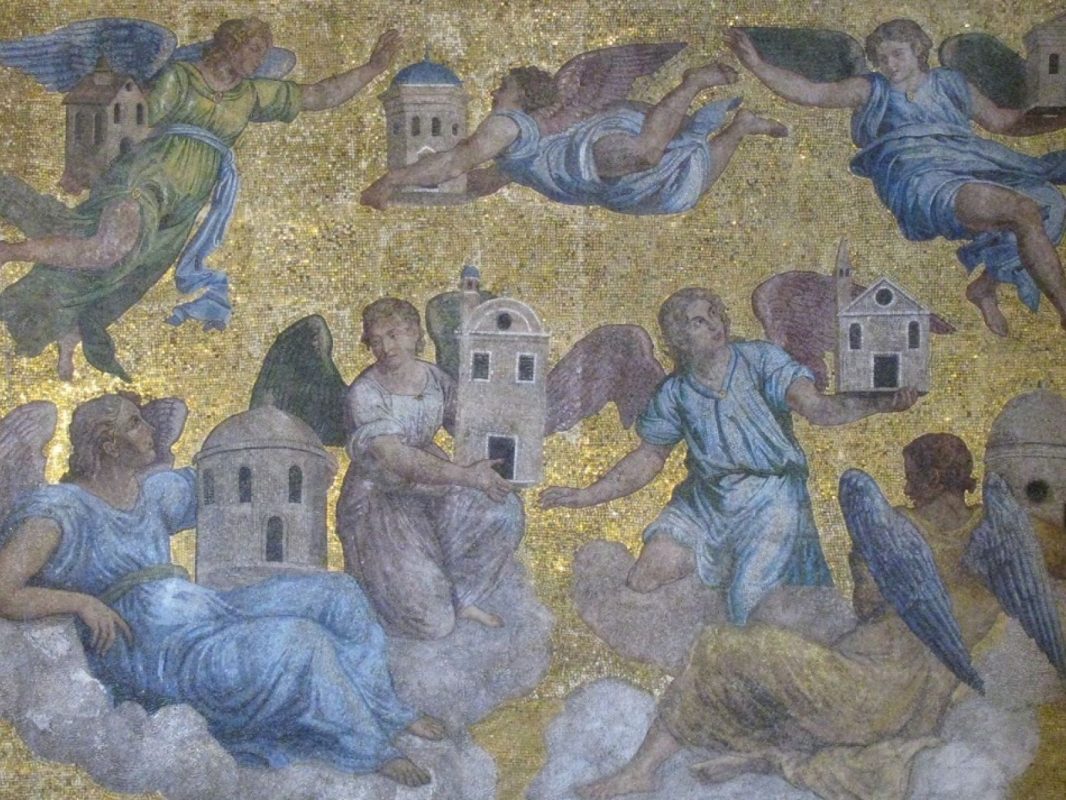 There are quite a few articles and sermons circulating these days claiming COVID-19 and events around it were foretold in the Bible’s book of Revelation.

I’ve heard from friends and family asking if I also think So-And-So could be the “Beast” and such-and-such could be his “mark.”

The short answer is “no.”

My belief is that (almost) every event in John’s Revelation happened long ago…again and again…and is still happening. But let’s back up.

John opens his book by telling us it’s a “revelation”…but the word used is “apokalypsis” in Greek, which can be translated “apocalypse” in English. That’s a scary word we modern Westerners associate with the end of the world, but in John’s day it was simply a well-known genre of Jewish literature that used symbolism to reveal the spiritual events taking place behind historical and current events (see Ezekiel, Daniel, 1 Enoch, 4 Ezra).

Apocalyptic writings orient us in history, helping us see the connections between what has happened, what is happening, and what will happen in the end. John wanted readers to know from the get-go what kind of literature they were reading so they’d know its purpose and how best to interpret it.

WHAT DO ALL THESE “SIGNS” MEAN?

John’s Revelation is full of “signs” – or symbols. These symbols were familiar to his Jewish-Christian audience and acted as “remezim” or “hints” that sent readers back to the Hebrew scriptures to find their meaning. John hints at Genesis 3 (serpent/dragon), Zechariah 4 (seven churches), Daniel 7 (creatures at the throne of God), and Isaiah 6 (“Holy, holy, holy”), for example.

These symbols did not perplex John’s audience like they do modern Western readers. Their meaning was clear to his original audience: Christian Churches in Asia Minor pressured and persecuted by Rome. These symbols were easily deciphered using the Hebrew scriptures John’s readers knew well.

WHY USE SYMBOLS AT ALL?

John’s Revelation had a lot to say about the enemies of the early Christian Church and about the Church’s eventual victory over them. By using symbols, John effectively concealed his criticism of those enemies from those enemies, protecting the recipients of his letter from even more persecution.

WHY WAS REVELATION WRITTEN?

Let’s start with who the Beast was.

Jewish Christians in John’s day understood the Beast to be Nero (“Nero Caesar” and “Beast” both equal 666 in biblical Hebrew). John wrote his Revelation right after Nero’s persecution of the Church and at the beginning of Domitian’s.

Most of Revelation is spent contrasting the violent, unjust, materialistic empire of Rome and her murderous, amoral leaders with the peaceful, just, sacrificial Church and her delivering, holy Messiah. One is the Beast who slays and the other is the Lamb who is slain.

John describes the Beast using symbols that would remind Jewish readers of wicked regimes that had enslaved and oppressed them in the past, like the Babylonians and Persians. As a Jew, John believed history repeated itself again and again and so he saw Rome as the latest manifestation of the evil Beast that has always been opposed to God’s purposes and God’s people…and still is in our day.

WHAT IS THE “MARK” OF THE BEAST?

In John’s day, Jews pledged allegiance to the LORD by daily praying and living the Shema – that ancient prayer that faithful Jews have prayed for generations. (I’ve written a lot about the Shema here).

Jews were to tie the words of the Shema, literally and figuratively, to their foreheads and hands. By tying and praying the Shema, Jews committed the totality of themselves and their lives to the LORD as King. Similarly, Gentile Christians pledged their allegiance to Jesus by declaring “Jesus is Lord” at their baptism (Romans 10:8-10). The Beast in John’s Revelation is any government or power that, like Rome, demands allegiance we owe only to our LORD.

John wasn’t foretelling a future day when a president or prime minister would put an RFID tag under the skin of citizens, issue social security numbers, or “test and trace” during a pandemic. The “mark of the Beast” was John’s way of explaining the tremendous danger of divided allegiance and the spiritual evil behind Rome’s persecution of Christians at the time: When the Romans demanded Christians pledge allegiance to Caesar as “Lord” they were asking Christians to give themselves in service to an earthly king and kingdom. If Christians refused to do this – they should refuse! – Romans would revile them, punish them, and often kill them.

But again, as a Jew, John believed history repeated itself again and again. The Roman empire wasn’t the first to demand loyalty we owe only to God and wasn’t the last. Our allegiance can still be divided today.

HOW CAN CHRISTIANS DEFEAT THE BEAST?

But, John wrote, Jesus our King overthrows the kingdoms of this world through the faithfulness and suffering of the Church who refuses to pledge allegiance to Rome or adopt Roman values that are contrary to Christ’s. At his resurrection, according to John, Jesus established the Kingdom of Heaven right here on earth and violence, suffering, and death were dealt a lethal blow and began to lose their power. In the future, the Kingdom of Heaven will overlap completely with Earth, Christ will rule unchallenged as King over all, and evil will be destroyed (Revelation 21, 22).

Christ’s resurrection was the beginning of the “end times” and we now await Christ’s return to live with us on a new earth as God once lived with us in the Garden of Eden.

John’s Revelation revealed to his readers that their present struggles were actually part of a struggle that had been happening over and over again for a very long time and would continue to happen until Jesus returned. John’s Revelation revealed to God’s people how God protected and provided in their past and present suffering and promised they would ultimately be vindicated and delivered in the future. This gave them comfort and hope. It can do the same for us while we wait here in the “end times” for Christ’s return!

So, no, I do not agree with those who, at this very moment, are fomenting anger and fear by mistranslating and misappropriating John’s Revelation. John gives me comfort, reminding me that if I’m faithful to Jesus I somehow participate right now in overthrowing the powers of this world and one day their defeat and His victory will be complete.