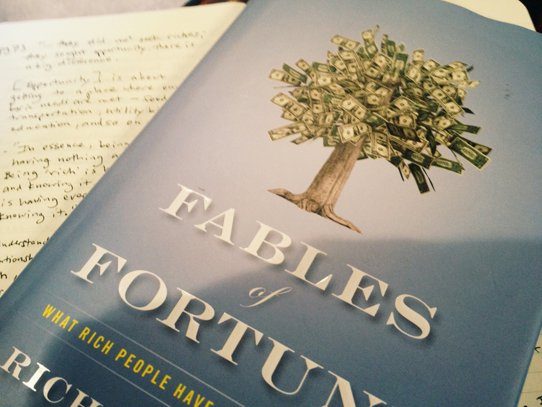 Richard Watts is an advisor to the richest families in America – families with liquid assets topping $100 million. Over the years these “super-rich” individuals have shared their most intimate secrets and struggles with Richard. In his book Fables of Fortune: What Rich People Have That You Don’t Want

, Richard takes readers behind the gilded curtain, into their boardrooms and bedrooms to reveal the mess behind the glitz. 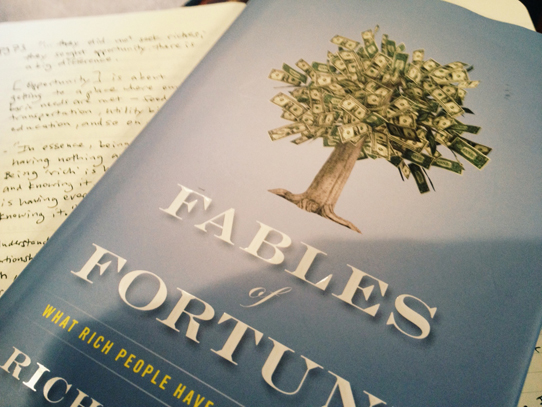 I finished the book last night, slid it back on the shelf with two feelings. First, I was even more thankful for the life I have – even if I don’t have all I want. Second, compassion.

Yes, compassion. The same feeling I have walking through a community perched at the edge of a dump. The rich don’t lack shelter, daily bread, access to health care or education but they are impoverished in other equally cruel ways. Here is just one.

“Friendship — genuine friendship — is an irreplaceable gift. In a sense, friendship acts to level the valleys of the human experience, filling in the potholes of everyday life. A sincere friend accepts you as you are, in spite of your flaws. They offer companionship and comfort, acting as a sort of emotional  scanner that can identify your undisclosed hurts and desires. Genuine friends are assets who help you overcome and forget the negative and rejoice in the positive. Life is not meant to be lived alone.” – pg 105

Watts tells the heartbreaking story of a woman named Barbara. Her father invented a kind of radiator with broad applications and died a multi-millionaire. The fortune was left to Barbara who told Richard Watts that after becoming wealthy she had two kinds of friends: “…those who want something from me, and those who have received something from me and want more.”

But the retired warden Barabara met at a dinner party seemed different. Barabara was a Christian and so was the warden. He was there for her when she needed help, big or small. She just knew she’d finally found “an honest friend interested only in me.”

Until he asked her for $100,000 to fund a business venture. Barbara was devastated, believing she’d finally found true relationship only to be treated as a resource.

“Understandably, insincere relationships harden the hearts of the rich, make them cynical toward approaching strangers, and basically sentence them to life in a fortified castle whose drawbridge is seldom lowered in welcome.” – pg 108

Be thankful you don’t author a blog with a zillion readers. Be grateful that you don’t write best-sellers, win Grammys, live in your dream house, or have a membership to that club with the PGA golf course.

The less we have the more certain we can be that those who like us actually like us.