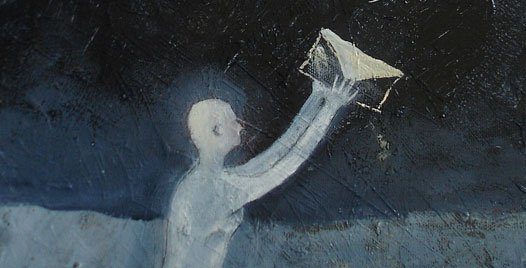 I fell in love and then everything fell apart. Which is a tad bit dramatic and not exactly true but that’s certainly how it felt at the time. And so I prayed. And God answered.

I traveled to El Salvador many years ago to prove once and for all that Compassion International was a scam. And instead I was convinced by all I saw that their work is biblical and effective. I was in love. I wanted to tell everyone in my audience about it.

But my audience was shrinking rapidly. Christian radio stations had stopped playing singer songwriters as the pendulum of listener preference swung away from original music and toward remakes of familiar worship songs and mainstream hits. My label couldn’t figure out an alternative way to get the word out about my music…so the label was closing up shop and my phone rang less and less and the crowds stopped showing up.

I lashed out publicly. In interviews. From stage. On-line.

That was immature and unkind and unproductive.

Why would God give me a large and growing audience when I had very little to say? Why would He take that audience away just as I discovered something I couldn’t shut up about?

I wasted a couple years being angry. And when the anger finally dissipated regret took its place.

I’ve often felt guilty over the years. Because I behaved so badly. Because I wasted an opportunity so few ever receive too. Because I used my platform to sell records and not much more. Because I thought my fifteen minutes would last forever – I thought had plenty of time to figure out how to make the most of fame. Because I didn’t make the difference in the lives of children around the world I could have.

It’s the regret that almost destroys my gratitude for this day God has made, the opportunities right in front of me now. But it’s also the regret that has kept me praying for a second chance all these years. And I’ve only just now realized that God has answered – He’s been answering – in the most peculiar way.

Compassion asked me to speak on their behalf at some women’s conferences earlier this year – an odd request since I don’t have ovaries and all, but I agreed to give it a shot. I’ll speak at even more of these events in 2014. And some men’s conferences too. And then there are the festivals Compassion’s had me speaking at as well – the largest of which was in Rangers Stadium in Dallas a couple weeks ago. And this past weekend Amy Grant asked me to tell Compassion stories on her stage at a few shows.

I have no crystal ball but I’m pretty sure I’ll never have the audience I once did. I’ll never sing or speak for 1,000 people who bought tickets to see me. Even singing and speaking for free it’s hard work to keep the calendar full these days. But God has still answered my prayers. He gave me a conference’s thousands. And festival crowds. And Amy’s audience. To tell them about God’s generosity, His love for the poor and Compassion’s ministry to children.

And He answered in the best way possible. I see that now. He didn’t rebuild a platform with my name on it. The throngs don’t show up to see me. And that’s for the best. I’ve proven I don’t handle the spotlight so well. Instead, He loans me someone else’s platform. To keep me humble? To keep me grateful? To keep me me?

God hears. And His answers are better than ours.

38 comments on “When God Hears”