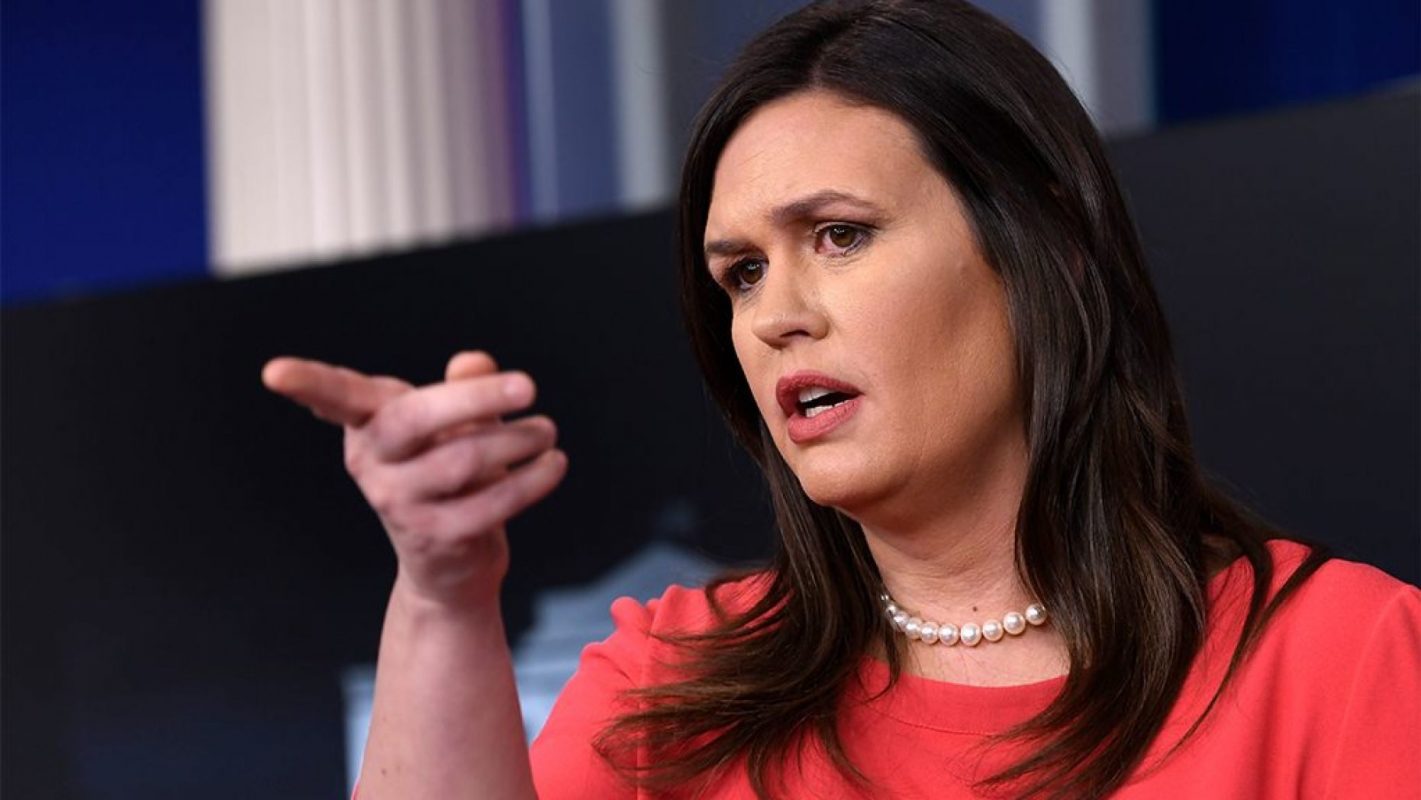 Appointment is not approval.

White House Press Secretary Sarah Sanders made headlines this week when she said, “I think that [God] wanted Donald Trump to become president.”

Romans 13:1 says in part “there is no authority except from God, and those authorities that exist have been instituted by God.” (NRSV)

So, I agree with Mrs. Sanders: God wanted Donald Trump to be our president. But she didn’t stop there…

She went on to say, “I think he has done a tremendous job in supporting a lot of the things that people of faith really care about.”

She MIGHT be conflating God’s appointment of a president with God’s approval of that president. That’s certainly how much of the internet has interpreted her words this week.

Paul was writing his letter to Christians in Rome at a time when Nero was on the throne. Nero was a duplicitous and diabolical man. God appointed Nero, but certainly did not approve of Nero. In other words, God called Nero to be king, but did not call him “good.”

Similarly, Tertullian, an early Christian pastor (155-240 AD), informed the Roman governors of his day that their emperor “is called by our Lord to his office…He gets his sceptre where he first got his humanity; his power where he got the breath of life…Caesar is more ours than yours because our God appointed him.”

In that same letter Tertullian accused the Roman government of injustice against Christians: “[You] rend us with your iron claws, hang us up on crosses, wrap us in flames, take our heads from us with the sword, let loose the wild beasts on us…the blood of the martyrs is the seed of the Church.” (Apology, Chapter 30)

President Trump is certainly no Nero. That’s not a comparison I’m making; nor should anyone else. My point is only that God appoints rulers whose thoughts, feelings, desires, and actions God may not approve of. “People of faith” have historically misunderstood this and so they’ve approved of their king under the assumption that God has too. Paul and Tertullian knew better.

I don’t claim to have the sovereignty of God figured out. Not even close. And this one’s a real head scratcher for sure: God appoints EVERY ruler? Even the cheaters, murderers, oppressors, adulterers, warmongers, and liars? It seems so.

As the book of Daniel says, “the Most High has power over human kingdoms and gives them to whomever he wishes.” (Daniel 4:17)

God appoints pharaohs, czars, emperors, dictators, kings, and presidents. All of them. But God’s appointment is not God’s approval.

God’s approval is not granted by the electoral college, won by revolution, or purchased by special interests. God’s approval is doled out by grace alone through faith alone in Christ alone. On that I think Sarah and I agree. And that’s what we’re to pray every king comes to believe too.

Only then does a ruler have both God’s appointment and approval.

15 comments on “Appointment Is Not Approval”