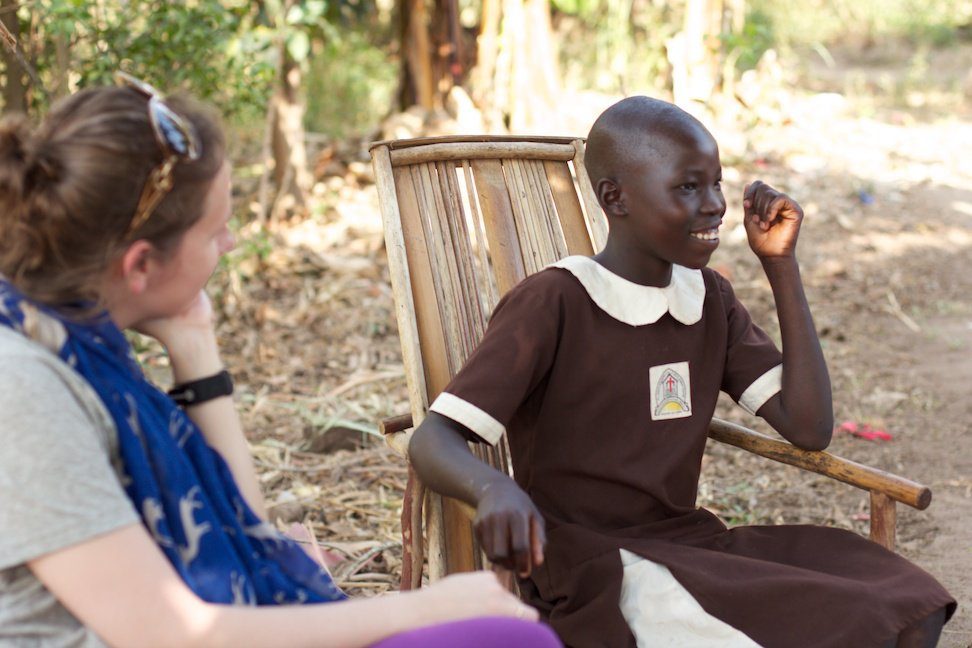 It was thirst that brought them out of hiding. Creeping from the bush, back to their village in search of water. 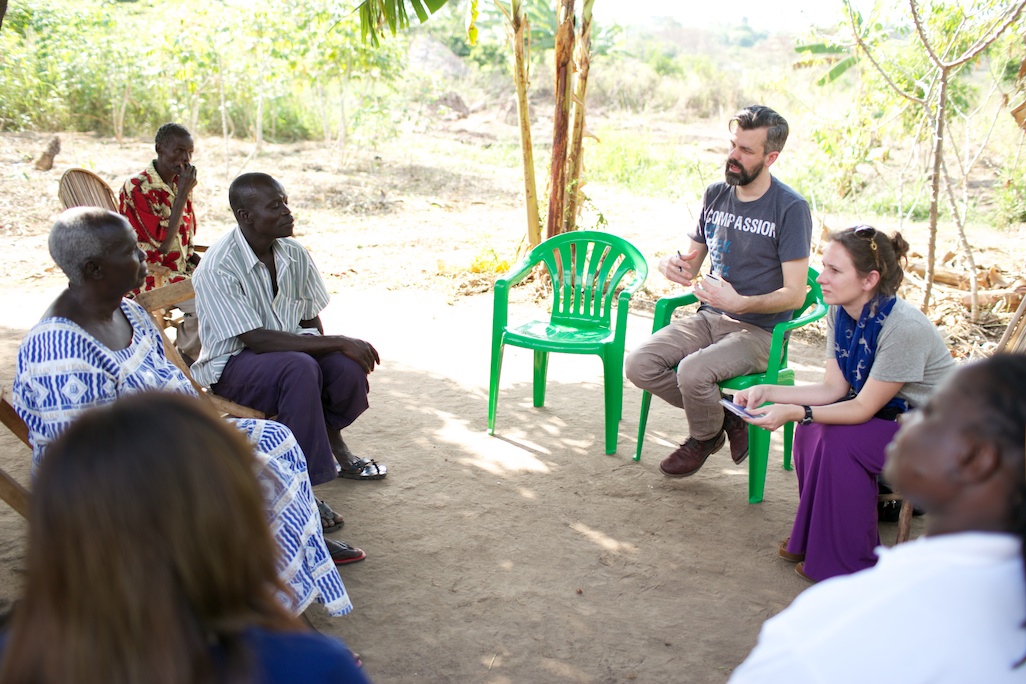 At the hottest point of the day, in the hottest season of the year, Richard dabs the sweat from his forehead and tells the story. And I can see her. It’s 2005. She’s pregnant and slow, carrying a two year-old so hungry that she does nothing but sleep.

The young mother tells the others to go ahead – she’ll catch up. She kisses her husband off into the darkness. He leads her mother and his brothers back to the home they were chased from by Joseph Kony’s rebels weeks before.

Later – I wonder how long it took her to walk the miles – she arrives at the village and finds her home smoldering, black, burned by rebels with her husband and his brothers locked inside.

A body lies motionless nearby. She stoops and rolls it over – her mother, beaten to death.

The beautiful seven year-old sitting under the shade tree with us today doesn’t remember that night. Colline has no recollection of the two months of captivity that followed either — she and her mother living in the bush, lugging military supplies from place to place to place, just surviving as slaves to Joseph Kony’s Lord’s Resistance Army.

Colline’s little sister saved her life – and her mother’s. After two months of slavery Colline’s mother was too pregnant to be of any use to Kony’s troops. So they abandoned her to give birth alone in the bush.

Colline was free. But not entirely. Not yet.

Poverty can’t always be photographed and counted. Sometimes it lurks invisible and immeasurable deep inside a child. 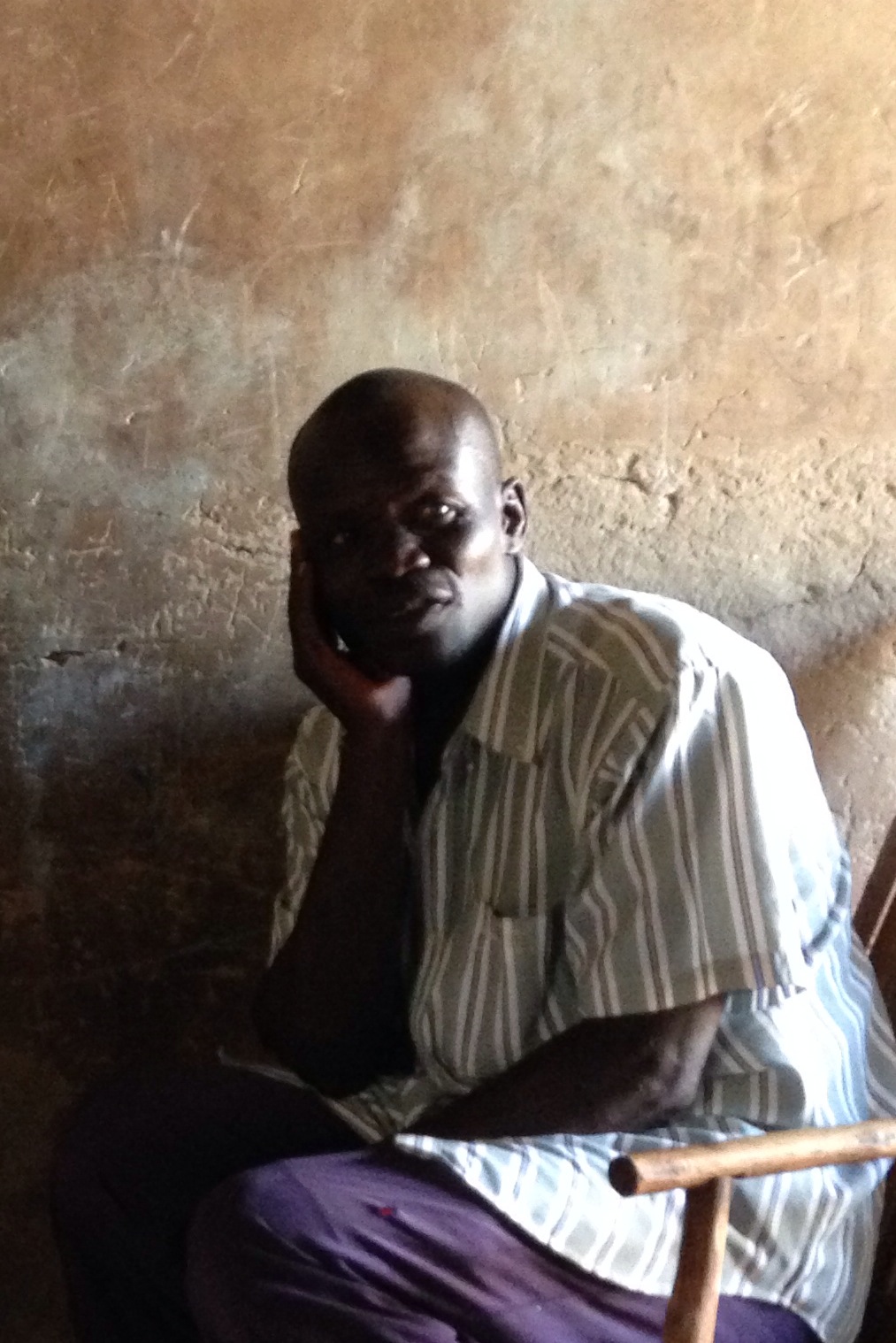 Richard is Colline’s uncle, a slight man who smiles easily and speaks softly under a lone shade tree in his yard. He works as a watchman at the local university. And he watched over Colline, her mother and the baby girl at his home in Lira after their escape.

One day Colline’s mother moved back to the village – Richard doesn’t say why and it feels cruel to press this hard-pressed family for an answer. What I do know is that Colline stayed behind with Uncle Richard, living with his wife and kids. Moving forward would be hard enough without going back.

Colline was a knot of anxiety and fear after her escape, shackled by events she couldn’t remember – still mastered by the trauma, uncertainty, and loss she experienced as a two year-old. And then her mother left?

Richard tells us that even before mother moved away Colline recoiled from crowds and sounds – the voices of family, children singing, a radio playing next door. She was frail, thin, exhausted. She sat quiet and alone, unable to play with other children, locked inside herself – a slave.

Then one day, when Colline was seven, Uncle Richard went to a church prayer meeting to ask God for help. And God answered.

Also attending the meeting that day was a woman who volunteered with Compassion International. She told the Compassion staff about Colline and soon Compassion workers visited Colline’s home to evaluate the level of poverty she was living in…and the poverty living within her.

Today Colline is eleven. She doesn’t sit alone anymore, no longer retreats at every sound. This afternoon she stands in a crowd of more than 100 children – and sings!

She sits in our circle of chairs in her brown and white school uniform talking with Emily in confident whispers.

Colline goes to school now and wants to be a nurse when she grows up. “I want to help people,” she beams. 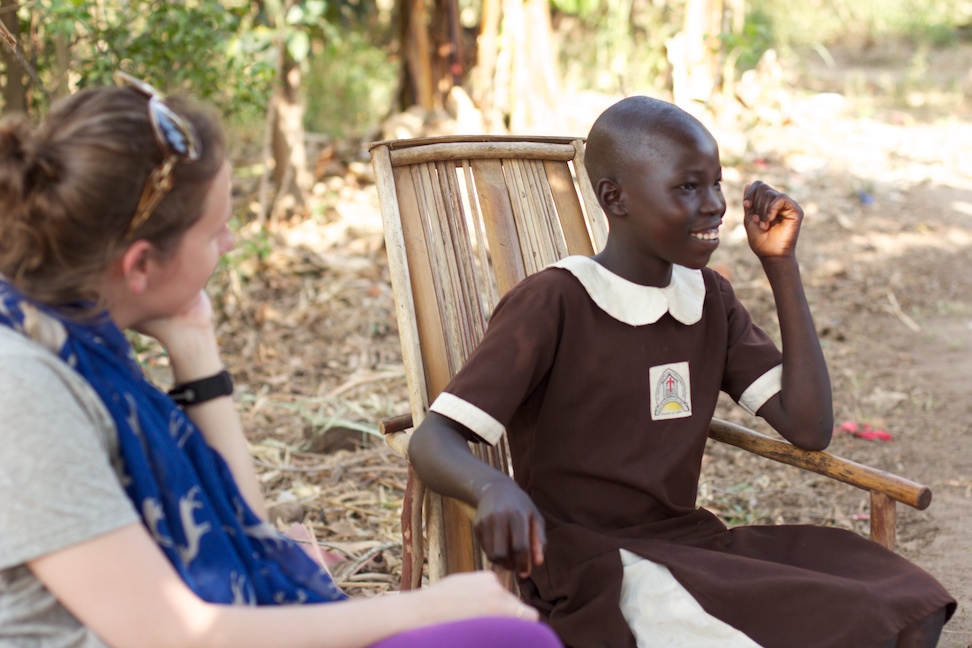 Colline doesn’t hunt for food in the bush anymore. She eats every day and on Saturdays she goes to the Compassion Center (All Saints Boroboro Child Development Center #UG926) where she plays with more than 200 friends, enjoys a hot meal and a snack, is tutored in several subjects, gets medical attention, hears about and experiences the love of God. Each day freer than the one before. 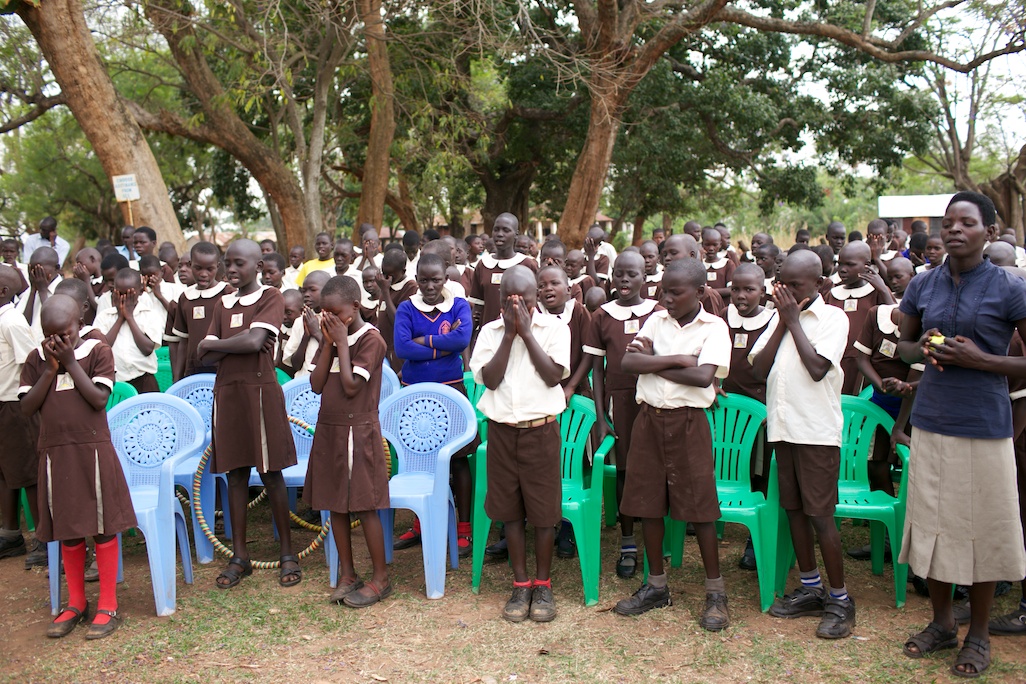 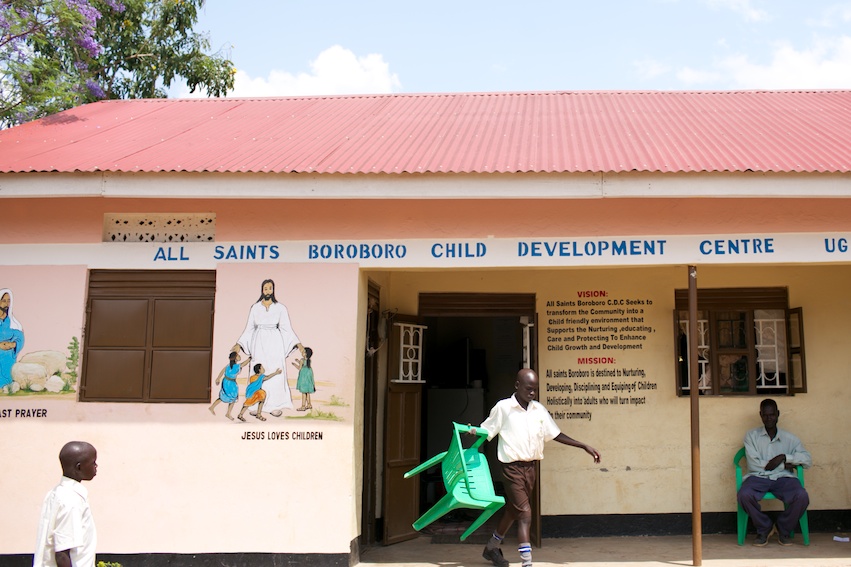 Like all 65,000+ Compassion Child Development Centers around the world, the one serving Colline is a church – a church meeting the physical and spiritual needs of the poorest of the poor in the neighborhood around it. These churches set children free from hunger, hopelessness, fear, sickness – poverty. 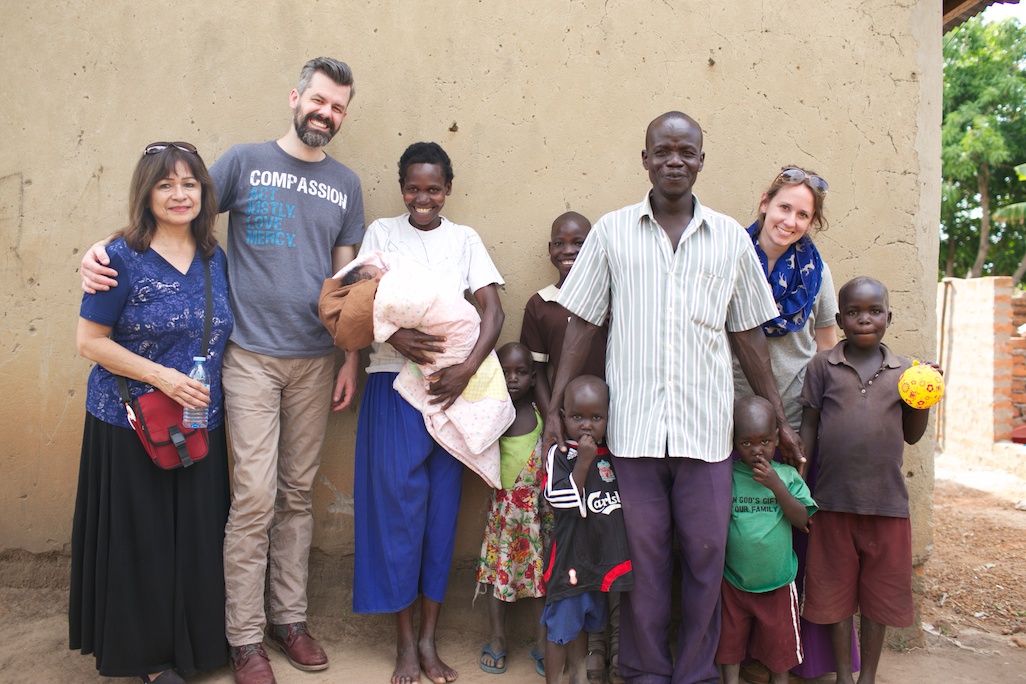 It was thirst that brought Colline out of hiding and made her a slave. But she’s not thirsty anymore, not hiding or hungry, not afraid. Not a slave.

Release a child from poverty for $38/month. A small price for freedom.

48 comments on “How To End Slavery”