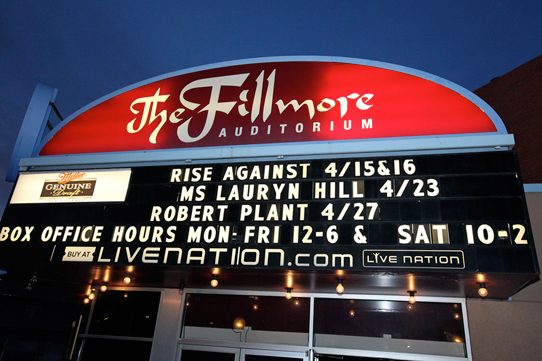 This morning I read the following e-mail from somebody in Tulsa:

I don’t know if you actually receive these emails here or if someone else reads them or if nothing happens. I am saddened to see that you are going to be at YEC in Tulsa. [What bothers me] is the fact that you are going to play at YEC which is being held at the mabee center the center of the WOF or Word of Faith movement that isn’t Christian but an abomination just like mormanism or JW’s You wouldn’t play there would you?

1 Corinthians 5
9I wrote to you in my letter not to associate with sexually immoral people— 10not at all meaning the sexually immoral of this world, or the greedy and swindlers, or idolaters, since then you would need to go out of the world. 11But now I am writing to you not to associate with anyone who bears the name of brother if he is guilty of sexual immorality or greed, or is an idolater, reviler, drunkard, or swindler—not even to eat with such a one. 12For what have I to do with judging outsiders? Is it not those inside the church whom you are to judge? 13God judgesb those outside. “Purge the evil person from among you.”

Please please please actually show that you are a Christian by not endorsing ORU or the WOF movement.

Untill the nets are full,
[Somebody in Tulsa]

I had to look up YEC. It stands for Youth Evangelism Conference and is being held at the Mabee Center (the basketball arena at Oral Roberts University) in Tulsa August 10th and 11th.

I’m not performing or speaking at YEC. But I am performing and speaking at the Mabee Center with Anita Renfroe and Mark Schultz on behalf of Compassion International on October 6th. (Buy tickets here.)

These details probably don’t matter much to you. But, in case you were wondering about the acronyms and what on earth a Mabee Center was…

I replied to Somebody in Tulsa (not his actual name) explaining that a radio station in Tulsa is renting out the Mabee Center for our concert there, inviting the entire community to attend. It is not a concert owned by, endorsing or targeting one denomination. I asked him to pray for me as I preach and sing the gospel for anyone who shows up. And I hope Somebody does. Somebody’s e-mail reminds me of the first time I was picketed. I was on tour with Jars of Clay back in 2002. We were booked into the Fillmore in Denver – a club. The promoter for the night rented the Filmore – we didn’t. He paid a substantial sum to buy out the bar as well, so that it would remain closed all evening – an effort to avoid unnecessarily offending certain swaths of Christianity.

But some were still offended at the location and branded us as unChristian for singing in it.

They held signs and passed out tracts about the evils of mixing the “secular” venue with Christianity.

Some Christians behave as if they believe there are places Jesus should never be preached.

On the bus, before going on stage, the guys in Jars of Clay and I sang hymns and prayed together, thanking God for the opportunity of the night and asking Him to use us. Then we went on stage and sang about Jesus for everyone who showed up.

After the show, the guys in Jars of Clay ordered pizzas for the union hands charged with packing up our gear at the club and thanked them and other employees of the Fillmore personally for their long night’s work.

I think we’re to represent Jesus to everyone everywhere – if we’re blessed enough to have that opportunity. E-mail me and picket me, rip scripture from its context and fashion it into a weapon against me. But I’m still preaching Jesus wherever I’m invited and to whoever shows up.

And, yes, Somebody, that means I would most definitely sing at a Mormon church or for Jehovah’s Witnesses. (I already blog for them.) All they have to do is invite me. It’s free. 43 comments on “You Wouldn’t Play There Would You?”