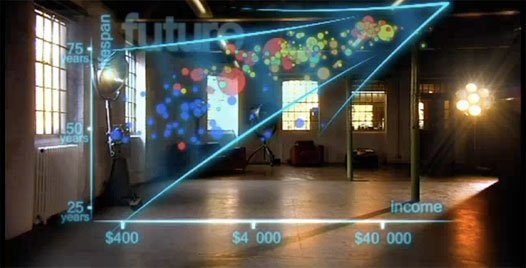 As a child I sat spellbound on Sunday mornings watching our preacher pound his fist, wipe his brow and predict the end of the world. Again and again.

In the lobby hung a painting of Dallas. Cars plunged from the mixmaster. Planes crashed into buildings. Jesus stood on the clouds above the metroplex beckoning a legion of ascending disembodied spirits home to heaven.

The second coming. It was imminent, our pastor said, because the world couldn’t get any worse.

When dining on pop culture rags and headline news every day it’s easy to believe everything and everyone (except you and me of course) is dangling on the precipice of hell. Cynicism and pessimism grow like kudzu fertilized by the crap pointed out to us incessantly.

Before we know it we’re hopeless.

The hopeless have quit. They pray and drop their ten percent in the plate out of duty, not expectancy. The world is busted – irreparably busted. End of story.

But the bible tells me a different story this morning. The rest of the story. And so do the stats.

The wheat and weeds grow together – good and evil – both taller and taller each day. In the end – and we don’t know when the end is – the Farmer will return to harvest them both.

While we wait, we grow, we spread, our shoots reaching the unreached, releasing this one from poverty and that one from fear and…

While we grow, so do the weeds, siphoning our water, leaning hard against our stalks, getting us tangled up in each other, blocking our shoots, quietly rerouting them into circular paths that go nowhere at all.

But we grow anyway.

Don’t be fooled: Isaiah says the weeds will never outgrow the wheat. One day…

They will build houses and dwell in them…
plant vineyards and eat their fruit.
…will not labor in vain,
nor bear children doomed to misfortune;

The wolf and the lamb will feed together,
and the lion will eat straw like the ox,
and dust will be the serpent’s food.
They will neither harm nor destroy
on all my holy mountain,”
says the LORD.

Watch it grow in this video.

12 comments on “Worse & Better Before It Ends”