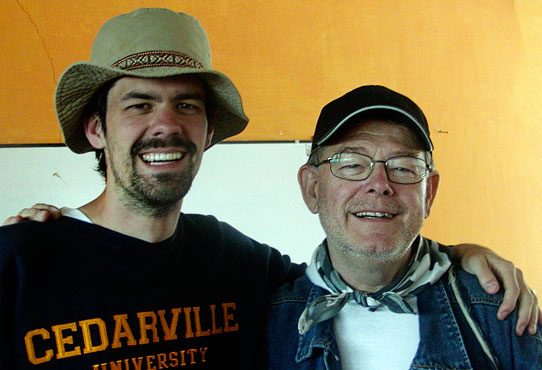 I was a nosey boy. Rummaging through things that weren’t mine one day, I discovered a brown bag filled with photos. Small black-and-whites. Men with guns. Men with jeeps. Men wearing combat boots, white tank tops, army fatigues, dog tags.

One picture from the stack I can still remember vividly if I close my eyes: A smiling young man standing with his muscled arms outstretched, a thick dead snake draped across his broad shoulders.

After graduating with a degree in wildlife management, he headed off to Vietnam to manage a group of young men shooting big guns in the jungle. He became Captain David Groves, a math whiz crouched in the rain with a slide rule, doing the trigonometry necessary to hurl giant bullets at the coordinates he’d been given.

To clear trees so that helicopters could land and evacuate wounded soldiers? To destroy enemy strongholds? He didn’t always know.

I wanted to be just like him. I started a club called “The Bloody Berets” when I was nine or ten. I painted my face in green and brown and built forts in the piney woods with my friends. We’d lay still and wait for imaginary enemies to sneak up the path behind the creek. We’d ambush them with sticks and a mouthful of machine gun sounds. In the aftermath of battle we’d stand around a make-believe fire and plot our next move.

And when the war was over I headed home for dinner, watched Solid Gold on TV, and slept soundly in my bunk bed.

Nothing like a real soldier. How ironic that those who fight for peace so often lose some of their own in the process.

My dad still visits Vietnam in his dreams. I’ve heard him shout orders in his sleep. Mom says he’s fought her in the middle of the night, certain for a second that she’s the enemy.

War has taken more than sleep from him over the years. Agent Orange brought cancer and nerve damage. He’s handled them both like he handled that snake though. He’s a survivor. 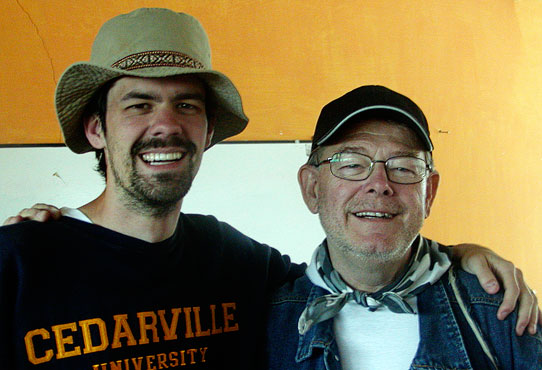 My father, more than anyone else, has shaped my opinion of soldiers and war. I love soldiers. I hate war.

My father came home changed by Vietnam – but he came home. Thank God. He wrestled with me on his bed on Saturday mornings and let me win. He let me hold his flashlight while he worked in grease under the car. He sang in the choir at church and read the bible to me at breakfast. Principled, passionate, persevering. I love him and every soldier who reminds me of him.

But I hate war. I hate war, in part, because I know life is not the only thing it can take from a person.

So today, I remember the men and women who have fallen in this country’s battles.

But I also honor those who have mustered the courage to be survivors – to come home and be mothers and fathers, hard-workers and friends to the rest of us. And I’m thankful for those who’ve loved them through the most vivid nightmares and darkest memories.

I pray God heals and comforts and frees you all today…and gives you a good night’s sleep.

23 comments on “Surviving The War”