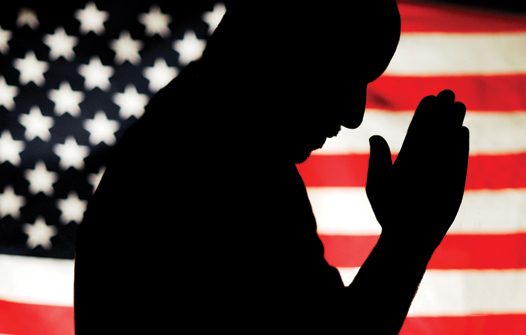 There’s a tug-o-war between theology and pragmatism going on inside every Christian in every nation. American Christ followers are no different. Never have been.

The American Revolutionary War was not a “just war” – not the way Aquinas or Augustine defined “just.” More importantly, it wouldn’t begin to meet the criteria (set for us by Old Testament battles) for a war approved of by God. So Protestant ministers in the colonies were rightfully reluctant to permit Christians to participate in violence against the Brits. These men thought theologically, like Christians. Until June 1774. Then they thought pragmatically, like Americans.

In 1774 the British government passed the Quebec Act, which permitted Catholicism as an approved (some say favored) religion within the British province of Quebec. Now, in those days, Quebec almost encircled the American colonies. Protestants feared a Catholic territory in their backyard and worried Great Britain may pass a law in the future making the colonies Catholic as well!

The Continental Congress asked Britain to repeal the Quebec Act – among other things – and when she wouldn’t?

Well, Protestant ministers like John Carmichael of Lancaster, Pennsylvania gave Protestants permission to take up arms against Great Britain. Carmichael didn’t argue for participation in the war by citing scripture or “just war” doctrines of old. In a sermon, he instead permitted Christians to join the fight for the protection of Protestantism from Catholicism and only if the soldier met five novel conditions:

And there you have it. Pragmatism, not theology, put Christians on the battlefield against Great Britain. And we won the war and our independence.

Thinking theologically I can’t say our Revolutionary War was just or biblical. But as an American I thank God for all our victory won me.

The tug-o-war goes on in me.

Pass me a sparkler and a hotdog.