The three year-olds sat in a circle wearing their Easter Sunday bests. One by one they opened their egg, pulled out a surprise, showed it proudly to the rest of the class and listened as Mrs. Becky told a little more of the morning’s story. 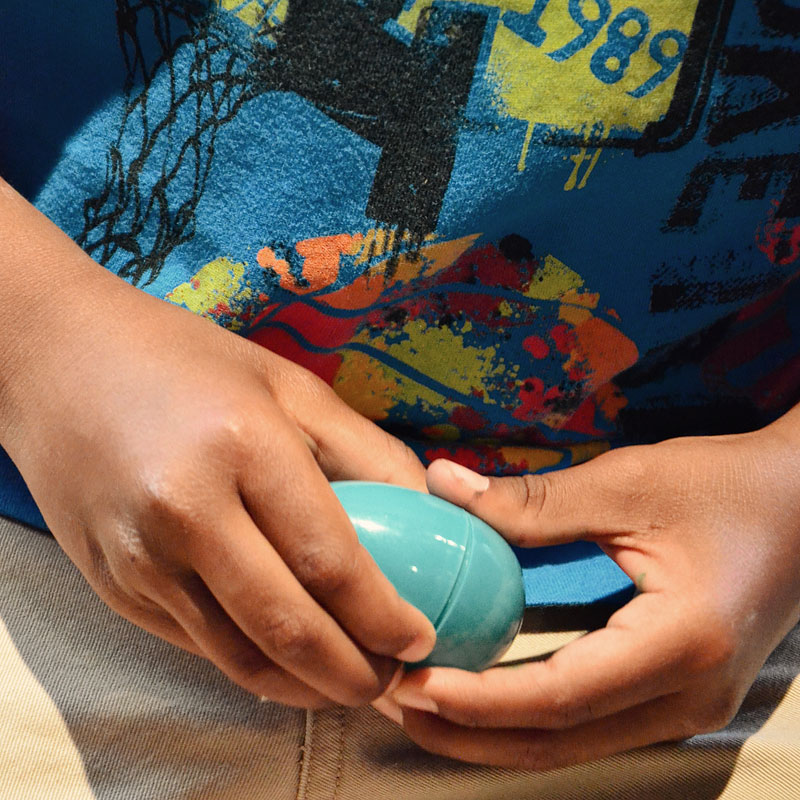 “Touch the thorn,” she instructed, “but be very careful.” A dozen index fingers extended. A dozen ouches followed.

Mrs. Becky told about the soldiers, the crown fashioned from thorns and then placed and pressed into Jesus’ head.

“Why?” Emily winced, empathy etched across her little brow, sorrow in her eyes and the turned-down edges of her juice-stained mouth.

Emily was shocked, heartbroken. Why would they…

Michael was not. He pulled a tiny sword from his egg and immediately began wielding it against invisible bad guys, then against other kids in the circle.

“When the soldiers came to take Jesus away from his friends,” Mrs. Becky told him, “Jesus’ friends took out swords and wanted to fight them.”

Michael liked this unexpected twist. All the boys did.

“But Jesus told his friends to put their swords away. He doesn’t want us to hurt people,” Mrs. Becky said.

Michael frowned, slumped – his whole disposition asking, “Why Can’t I?”

Today we may get to choose: Compassion or control? To experience someone’s pain or pursue our own gain?

Our choice might change how we see everything God gives us.

When the final egg was opened, there was nothing inside. Empty.

Michael was disappointed. Is that all?