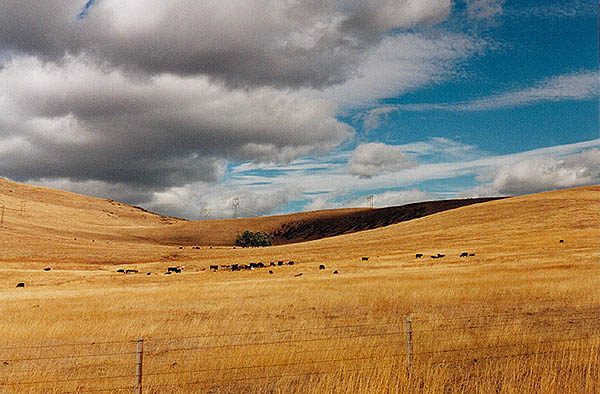 Sara e-mailed Ben a while back asking if I was available on such-and-such day to sing at a women’s conference she was putting together in Missoula, Montana. I wasn’t.

So she asked about another date. Nope.

And another. No again.

There was only one weekend in the Fall that was free, Ben told her. She moved her conference and that’s how Ben and I made a date with Montana.

And Sara, Matt and Gloria.

When I first met Gloria she was flitting around the church making last minute preparations before the doors opened and the ladies streamed in. She laughed often and easily – the kind of person who makes you feel much funnier than you actually are.

Then, on the second day of the conference she stood before the crowd and told her story. And I was shocked.

It’s her story so I won’t tell it to the world here. But suffice it to say Gloria has known disease, abandonment, abuse and neglect unlike anyone I’ve known before.

But she’s quick to say she knows Jesus too. And, in her words, He’s never left her.

The ten hours in the air and three hours in the car to reach Missoula were worth it if only to witness the miracle Gloria’s joy is.

It’s rare that we get to know people on the road as well as we got to know Sara, her husband Matt and their friends. Usually Ben and I are in a town for only a few hours and then we’re off to another. But we left Missoula feeling like we really knew these people. Maybe more than we wanted.

Matt is a nurse. He told us – he actually told us – about the time he got curious about a laxative he was always doling out where he worked. It looked like honey, he said. So he decided to taste it.

Nine hours before his first date with Sara.

Needless to say, the date progressed with a bit more, um, urgency than ideal. But she married him anyway. Because he’s a Texan.

Because Sara brought up Matt’s recreational laxative use – at dinner – he brought up her legendary adult undergarment experiment. A strong marriage is built on reciprocity, after all.

Seems that Sara had always wondered – who wonders this, by the way – what it was like to wear Depends. Yes, the adult diapers.

So one day, in college, she and her roommate bought some, put them on…and went to Denny’s. Of course.

“Did you, um, use them?” I asked reluctantly.

“Yes,” she said, without a hint of shame.

It was at this point that Ben excused himself from the table, went to the restroom and used his phone to check on the next flight out. This is road manager 101 type stuff: What to do when the promoter admits to peeing in Papaw Pampers for grins.

My father-in-law is a pastor and he’s testified more than once that in ministry (and in life) there are two kinds of people to watch out for. The first kind drain you. Love them the best you can but watch your gauges. Take a break before you hit empty. The second kind fill you up. Find them, celebrate them, thank them, spend time with them as often as possible. They are life.

I usually come home from a weekend of speaking and singing tired – in a good way. I’ve done my job, listened and talked a lot, spent hours in the air and in cars and I’m just tired from a good few days of work. Some weekends I return home truly emptied by the needs of others. But not this time.

I’m home now more full than when I landed in Montana a few days ago. These new friends were life to me.

Thank you, Sara, Matt, Gloria and the rest of Meadowview Community Church in Missoula, Montana. Let’s do it again sometime. Please.