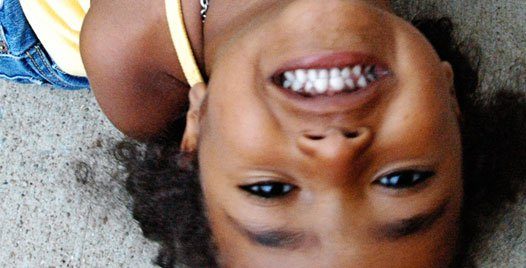 Something’s wrong with Sosy.  I’m no doctor or anything but I have watched House about a dozen times, and I ingested a great many episodes of ER early in my marriage, and loads of Doogie Hauser in middle school, so, well, that’s something.

Anyway, I think the faucet (pardon the fancy medical jargon) that carries serotonin to Sosy’s brain is leaking.  All the time. Constantly dripping joy onto her little cerebellum.  Except when she jack-knifes a scooter in the street or her mean mean mother won’t let her have candy, she’s pretty much always grinning from one edge of her Diana Ross afro to the other. This brain condition of hers is contagious too.  So be careful.  If you see a tiny Ethiopian skipping through a Target in the Nashville area, I’m just warning you, your face will soon uncontrollably contort into a smile.  A big ‘un.  Resistance is futile. And whatever you do, under no circumstances should you give her ice cream or crayons and paper or a Hello Kitty band-aid.  Doing so will flood her poor little head with ecstasy.  She’ll erupt into happy squeals which, again, will fill you up with good feelings against your will.  Side-effects also include headaches and spontaneous ear-plugging.  Joy is loud. I’m sabbathing today with Penelope and her cousin Sosy.  Right now they’re taking a break from playing doctor with Barbie to make me a name tag, you know, in case anyone forgets I’m the one called “Daddy.” Preparedness is a good thing.  And so is an afternoon with the girls after a week of being a serious adult. See ya, internets.  I’m off to get infected with a smile.