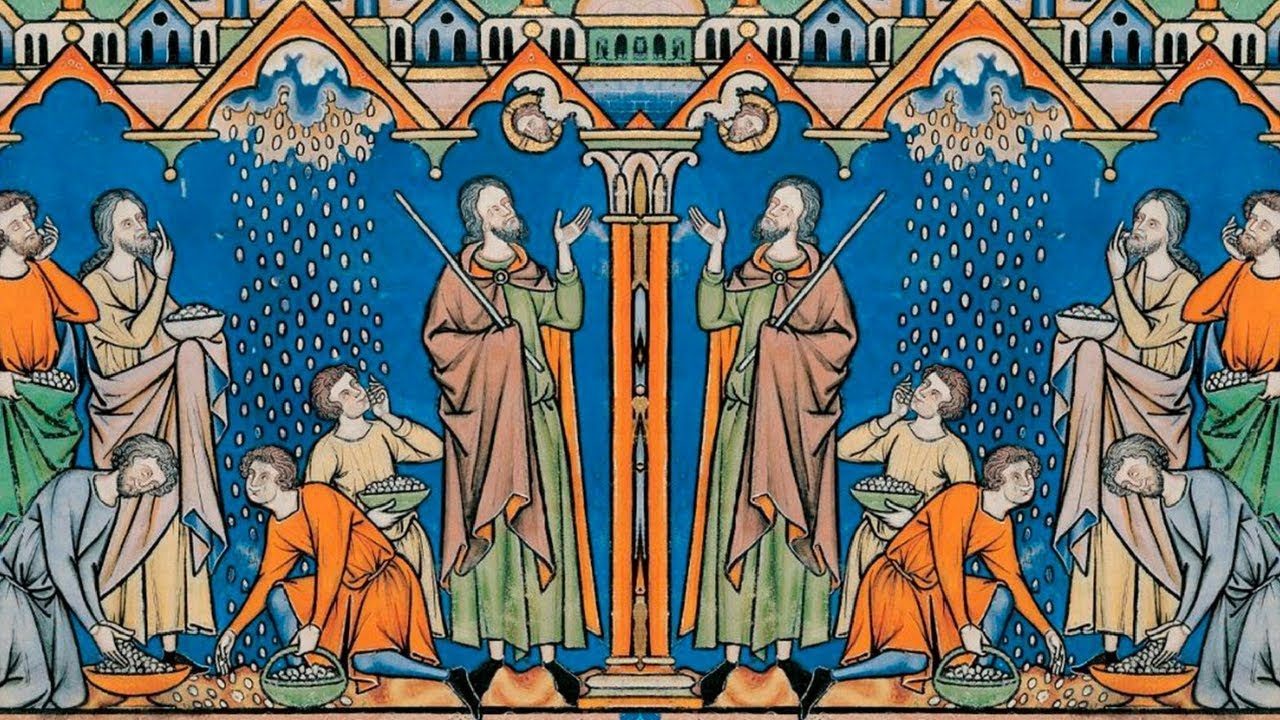 Scholars now believe that 80% of Christians living in Jerusalem in Paul’s day were “poor.” Not poor like I was in college, surviving on Ramen and Kool-Aid. Biblically poor: they didn’t have daily bread.

Paul’s plan to care for them was to ask Corinthian Christians, who had more than their daily bread, to share.

Before Paul arrived in Corinth and started passing he offering plate around, he wrote the church there a letter explaining what the goal of their sharing would be: equality.

(13)Our desire is not that others might be relieved while you are hard pressed, but that there might be EQUALITY. (14)At the present time your plenty will supply what they need, so that in turn their plenty will supply what you need. The goal is EQUALITY, (15)as it is written: “The one who gathered much did not have too much, and the one who gathered little did not have too little.”

Honestly, I associate “equality” with protests, politics, socialism, forced redistribution of wealth. That’s not what Paul has in mind!

Paul gave us two clues to the meaning of “equality” in his letter:

We live in different-sized houses. We have different-paying jobs we drive to in differently-priced cars. We don’t have the same amount of stuff, but we have the stuff we need.

If justice is giving everyone what God says they’re due – without discrimination or favoritism – then equality is the result of justice.

16 comments on “What is biblical equality?”