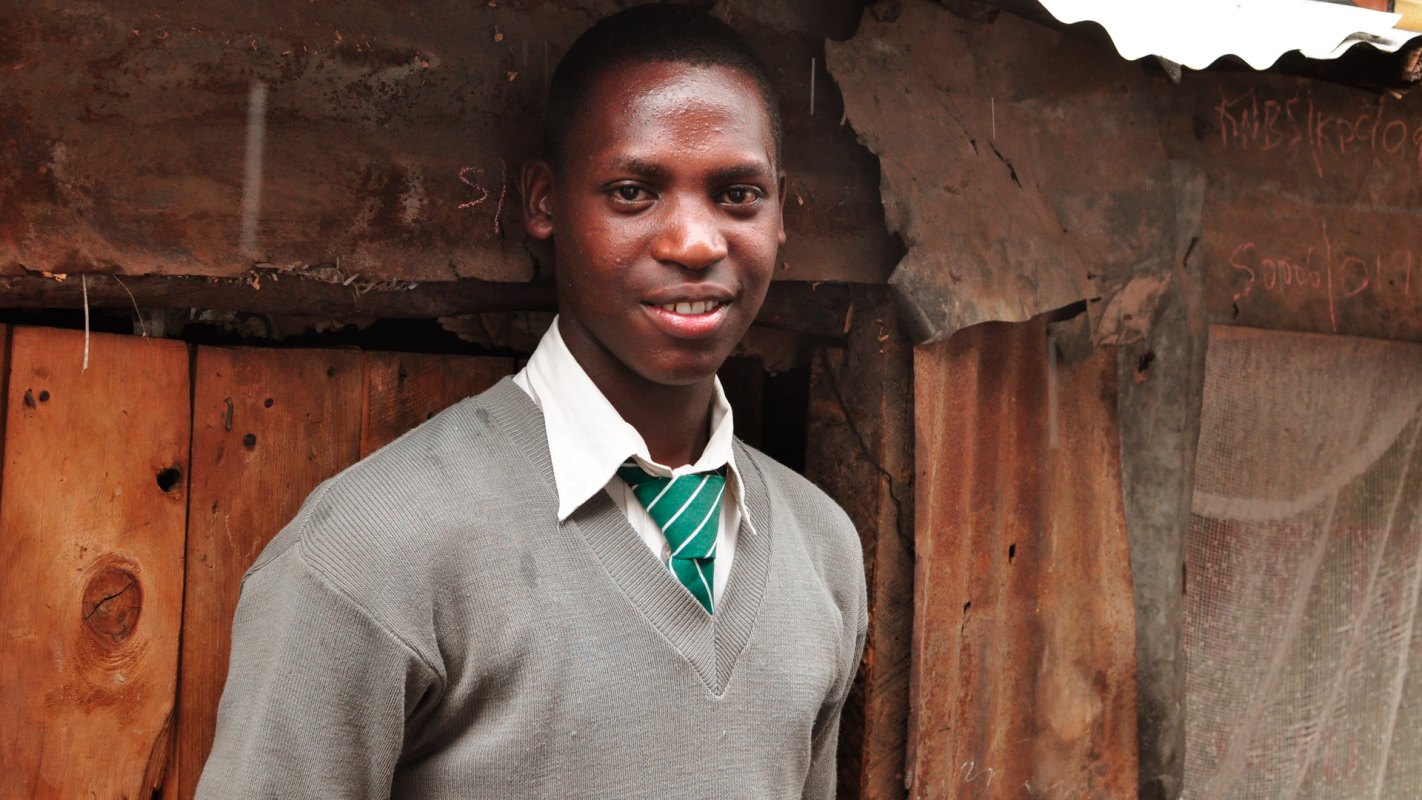 Seven years ago, I sloshed my way through the muddy serpentine paths of the Methare slum to meet Eliud.

Eliud was a dapper Kenyan teenager then. He was wearing his school uniform, a seafoam green tie and gray sweater. His home was cobbled together from wood and rusting corrugated metal and smaller than the average American bathroom.

But he smiled large and often.

Because he believed God had been good to him.

Does he still believe? Still smile? Still live in that rusted box? 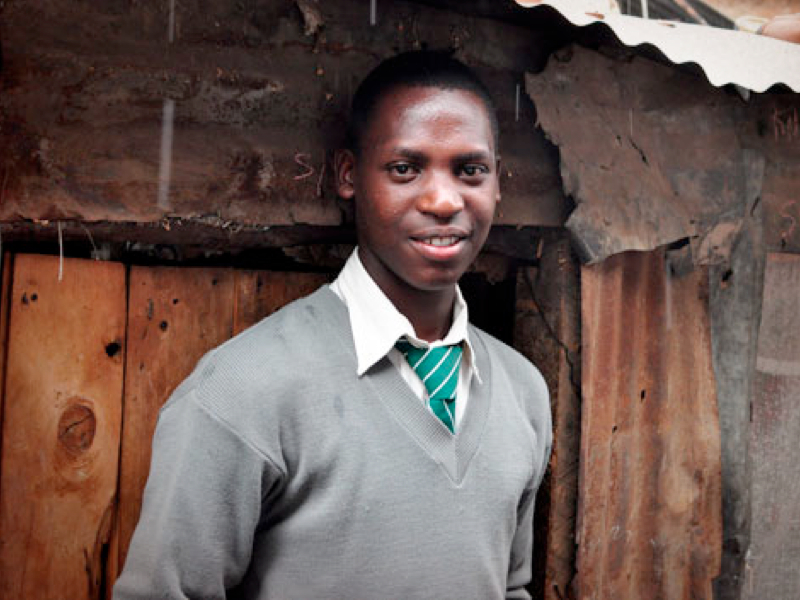 Seven years ago, I sat on Eliud’s ramshackle bed and listened to his story. He spoke in near whispers, difficult to hear through the constant clatter of the slum all around us – six hundred thousand people crammed into three square miles.

Meningitis took his mother from him at six, leaving his father to raise Eliud by himself. Eliud’s father worked hard but a day’s pay was less than two dollars and that just wasn’t enough to put food on their plates. Eliud was often sick with no money to see a doctor.

If you’re born into what we call poverty in America, work hard enough and long enough and eventually you’ll earn a magical piece of paper called a “diploma” that can open up so many options and possibilities. With one of those you can give your children a better life than the one you were born into. But not in Kenya. 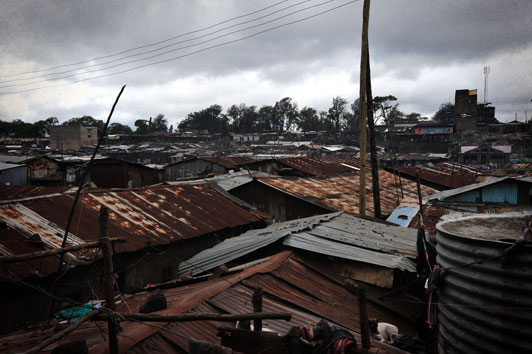 I can’t convince my four kids that school is a gift from God…but it is! It’s a gift most of the world doesn’t get for free. For Eliud to get a diploma he’d have to buy a uniform, school supplies, meals, and pay fees to support his teachers.

How can a father who can’t afford to put bread on a plate afford to put books in a bag? And without school, how could Eliud ever break free from poverty?

It was a hopeless situation.

Until a knock came at the door.

A pastor from a church right there inside the slum came to Eliud’s house making the wildest promises. Too wild to be true.

“When you’re sick there will be doctors, dentists, and nurses to put you back together.”

“You can go to school and even on to university someday. Poverty ends with you!”

But he saved the most unbelievable for last.

Eliud’s father would die soon after. And Eliud, only twelve then, would be an orphan…but not alone. That pastor kept his promises and added one more. His church would be family to Eliud.

“They taught me how to be a godly man,” he said.

Is he a godly man today? Is he a poor man? 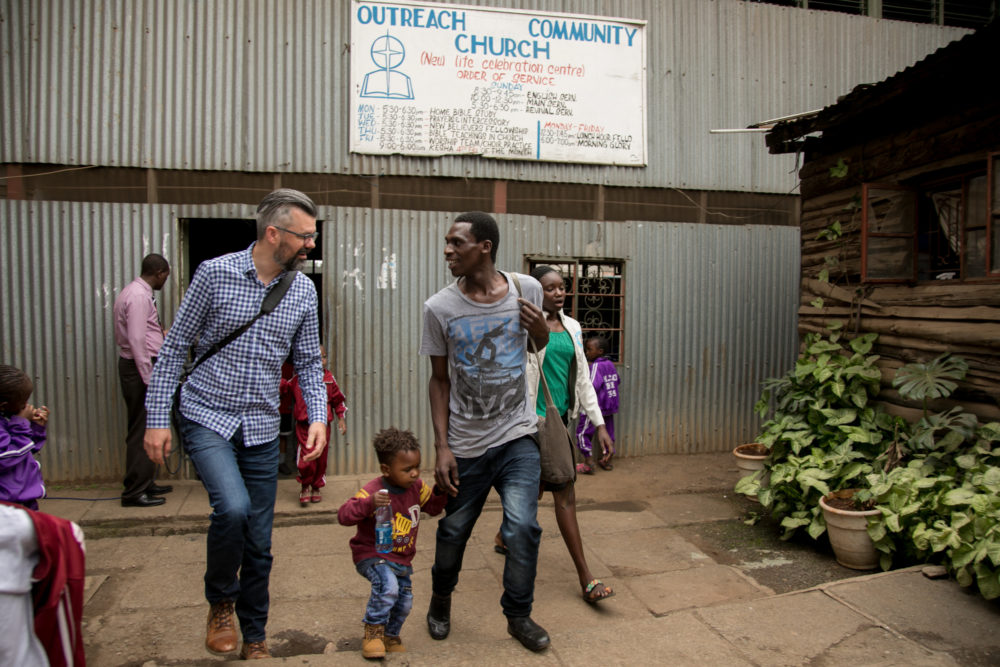 “I look at him and I think of my father. I want to be a good father.”

Jaiden has shoes on his feet – very stylish boots, actually.

His skin is free of the lesions that cover the children of the slum who bathe and play in filthy water. Jaiden is well-fed with cherub cheeks. He has a little cough – nothing serious, Eliud says – but if it continues he’ll go to the doctor.

Jaiden’s only three but already in school. “He can count to ten and knows all his letters,” Eliud brags.

After high school, Eliud went on to university just like that pastor promised. He fell in love, got married and soon after came Jaiden. Now Eliud works at a restaurant and his wife works in a salon. And the three of them live together in a small house with windows and a toilet and a roof that doesn’t leak. Not in a slum.

A better life than the one he was born into.

“Compassion transformed me from what I was born into…into something more.” 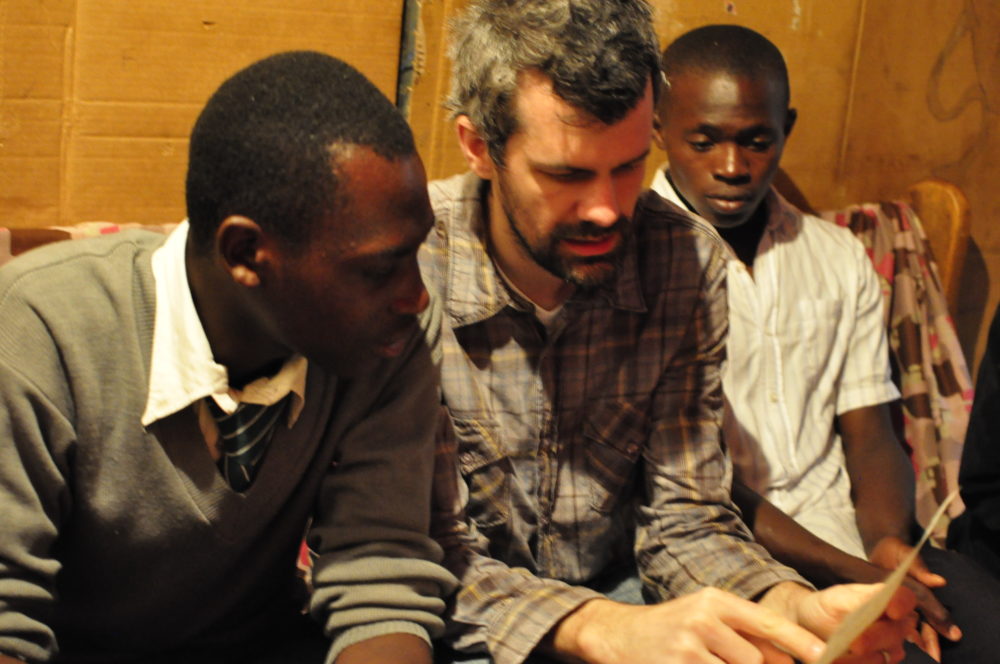 Seven years ago, Eliud pulled a stack of papers from a hiding place and we read through them together. Letters. An inch thick stack of letters from his sponsor Nick. Nick’s words traveled from Northern California across the oceans and continents to a little boy in a slum in Kenya who needed a brother’s encouragement – a father’s belief. Nick’s letters told Eliud not to quit, that he was prayed for every day, that God had a big plan for his life.

Seven years ago, we turned on a camera and asked Eliud if he’d like to say anything to Nick.

Over lunch, with Jaiden sleeping on his lap, I tell him I’ve been telling his story to people for seven years. I explain that he’s an example of what God can do to release a child from poverty. “I want people to see that when they sponsor a child that child could grow up to become a man like you. You’re not in poverty anymore. Your son doesn’t need Compassion’s help. Poverty ended with you.”

Every time I tell Eliud’s story – at a church, conference or concert – I ask the audience to please sponsor a child. And they do. Oh, yes they do. 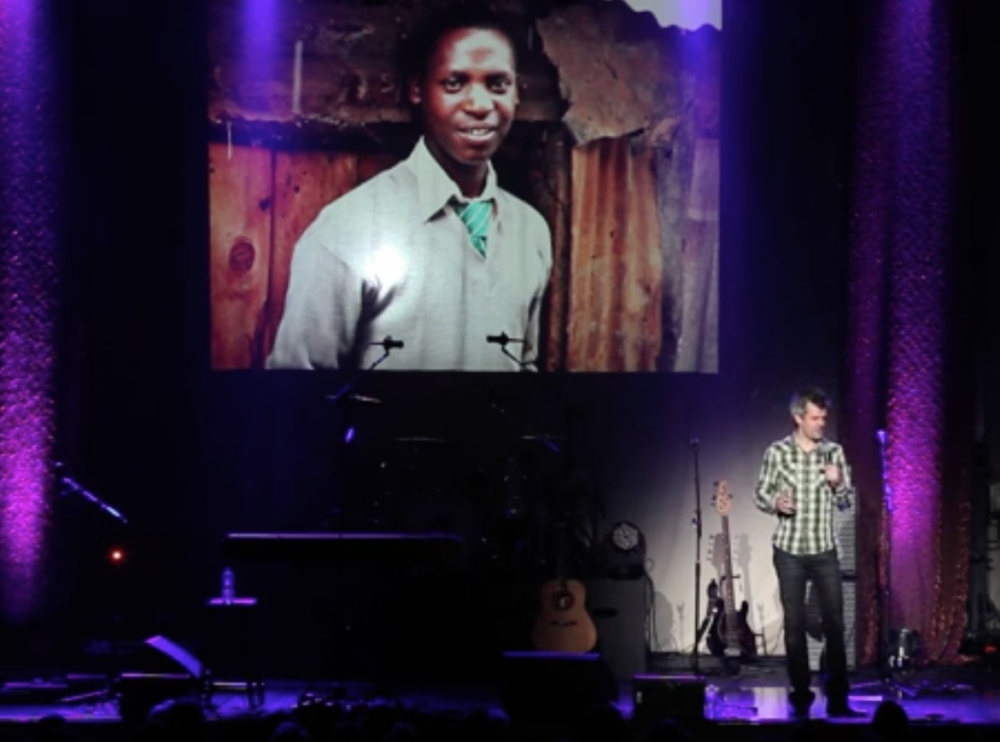 “How many people do you think have sponsored a child after hearing your story?” I ask Eliud.

Can you believe it?

“So many people want to sponsor a child so they can grow up to be the kind of godly man you are today.”

For the first time ever, I think I see tears in Eliud’s eyes.

“God released you from poverty. But through you he’s released so many more.” 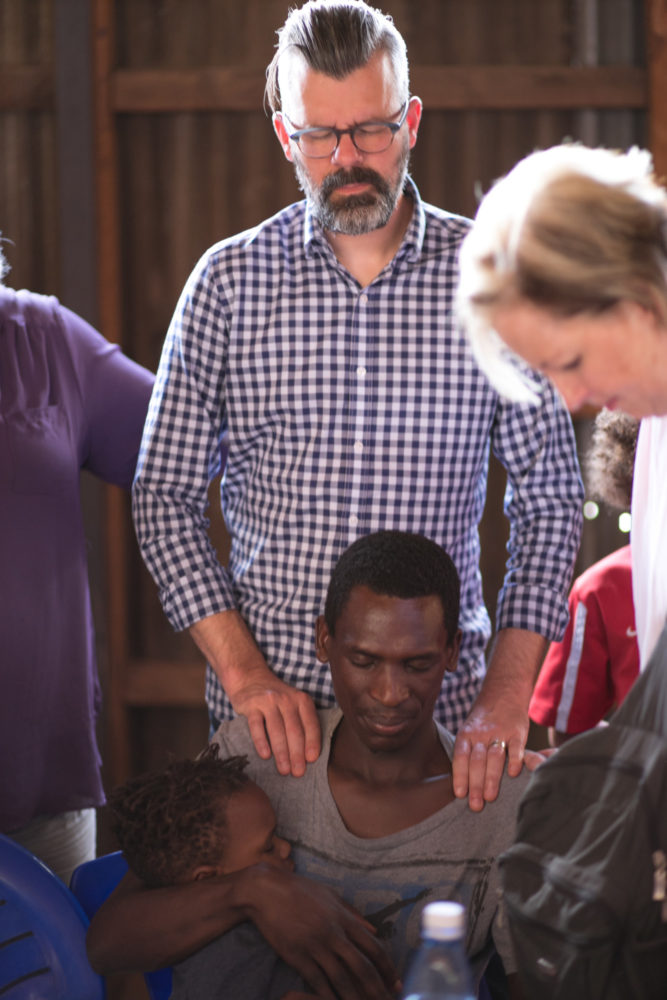 We cry and thank God and when we say “Amen” Eliud embraces me, his sleeping boy squeezed between us, and he says,”I pray that God would make me a living testimony. I didn’t know he already had.”

Yes, he sure has.

Please, add another one to that number. Sponsor a child today.

Don’t miss the posts from the rest of the talented bloggers I’m traveling with this week. Read them all at compassionbloggers.com/kenya2017