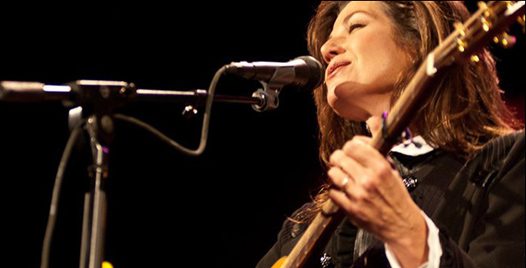 At an Amy Grant concert, there are a lot of women who got through adolescence and college and marriage/divorce and motherhood listening to her music. There are the men who claim their wives made them come but, truth be told, have been secret fans for decades. And then there are the people you won’t see at any other Christian concert.

While the middle-aged and older couples around them sit politely toe-tapping, gay men stand and sing every word to every song. Pockets of them all across the room.

When Amy divorced and remarried, some Christians treated her like these men have been treated. She was no longer welcomed in many churches, on the shelves of some stores, or on the airwaves of some stations.

Years later, my label created a multi-artist Christmas album. Amy graciously contributed a song and it was sent to radio stations as a single. “We don’t play sinners,” one station’s program director reportedly said. “Yes, you actually play nothing but sinners,” I believe was my label’s theologically astute reply.

A couple years ago, I went to my first Amy Grant concert – as a guest speaker (and a fan). She played her many hits, of course, and then she sang a hymn. And I watched as a group of gay men stood, hands in the air, tears in their eyes, and sang. And sang. And sang.

“I haven’t been to church in years,” one man told me afterward. “I’m not welcome there anymore. Tonight was church for me.”

When Amy’s new Christmas album came out last week, LifeWay Christian Stores chose not to carry it because of a “lack of faith content.” The music certainly does speak of Jesus’s birth in classics like “O Come All Ye Faithful” and “Joy To The World.” But Amy also penned originals that portray the Light of the world against the backdrop of loneliness and hurt that dims the Christmases of many.

Regardless of whether radio stations or retailers support Amy’s new album, the bruised will seek it out and listen long. Because her scars match theirs. And despite the many stones thrown, she’s still standing, still believing, still singing – proof that no matter who forsakes us or how often we forsake Him, God is still Emanuel, God with us.

And that’s what Christmas is all about. 26 comments on “Amy Grant’s Tennessee Christmas For The Bruised”