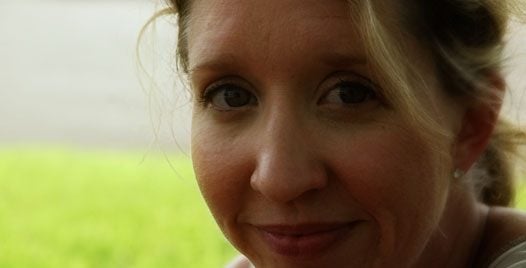 There’s always a lot of pink. And fruit tea. The songs are all in the wrong keys. And every men’s restroom sign has a “women’s restroom” sign taped over it, which I invariably discover only after drinking too much fruit tea.

I’m thankful for women’s conferences. Attending them (as a speaker for Compassion International) has made me a better husband to my wife and a better friend to women.

No, they never call it that. But researcher, Brene Brown does. She studies – among other things – why men and women feel shame.

Men, she’s found, feel shame when they are made to look weak. (Remember this the next time you hear a woman speaking to her husband with the same tone she uses with her children.)

But Brown says the shame of women is much different. Women feel shame when they can’t do everything and do it well. It’s a kind of pernicious perfectionism made worse by her tendency to compare herself to other women online and in real life who seem to be doing everything and doing it all well.

And so every speaker I’ve ever heard at a women’s conference, no matter her topic, is actually speaking about a woman’s shame.

When Lisa-Jo Baker tells women that parenting is hard for her and that God uses that difficulty to make her more like Jesus? She’s talking to ashamed women. She’s removing the shame of not parenting perfectly, and giving that struggle a purpose.

When Ann Voskamp speaks about worry and anxiety and fear and her need to be more present and grateful? She’s speaking to ashamed women. She’s removing the shame of not keeping up, offering contentment and giving permission to rest.

They’re both saying “me too!”, and this takes the power out of perfectionism. It demolishes the lie that a woman’s shame is built on, the illusion that any woman is actually doing everything and doing it all well.

Nine hundred women at the start of Friday night’s conference were asked to stand if they felt empty and needed to be filled up. Most of the room stood. I listened as women around me prayed for each other. Whispered pleas of the self-shamed exhausted by to-do lists that never end, children who don’t listen, endless laundry, days that are never perfect…and husbands…

Because they don’t know how much it’s needed.

I confess I didn’t know. I had no idea. I doubted my wife was feeling the shame that Brene Brown claims countless women bear, the kind that fills conference after conference. My wife never complains, never cries, never screams, never tells me, never lets on…

So, I asked her. And listened.

I’m a big fan of women’s conferences now. An even bigger fan of my wife. And fruit tea’s starting to grow on me too.

5 comments on “What To Give Women”