Is suicide a cowardly and selfish choice?

In the days just after my father-in-law’s death I read every online article written about his suicide and short battle with depression. If they were inaccurate or insensitive, I worked with editors to correct or find better softer words. But there was no changing the hurtful comments left in response to those articles by sometimes calloused and often uninformed Christians.

Did he not believe the words from scripture he read to his church? Did he lose faith and trust in God or was there something more wrong with him?

Isn’t depression partially from harboring some theological errors for a time?

Depression is sin with a big fat foothold in someone’s system. The Bible tells us not to worry, not to fear, be afraid, etc. 366 times, one for every day of the year including leap year! What can stinkin thinkin do, but make a person sick? Come on, people, we don’t have to resort to death to deal with the problems of life! God is there! He gives life, and it is premeditated murder to put a deliberate stop to it!

These commentators on my father-in-law’s death (and character in life) believe that cowardice, ingratitude, unbelief, theological error, and selfishness drove him to choose suicide.

These comments can’t be easily dismissed as fringe or minority perspectives. They are commonplace within the American Church and reveal how little progress has been made in educating the public about mental illness. 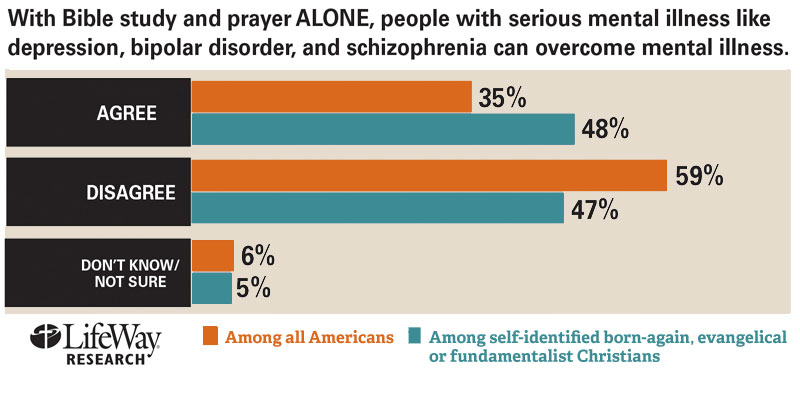 I hope my few words here today leave us better informed and move the conversation about mental illness forward with a more compassionate tone.

– Depression Is A Brain Sickness –

Depression causes the brain to stop functioning normally – like a heart that doesn’t beat properly or a pancreas that doesn’t produce insulin.

Depression is often described as a chemical imbalance. But this is an oversimplification of a sickness affecting many parts and processes of the brain. 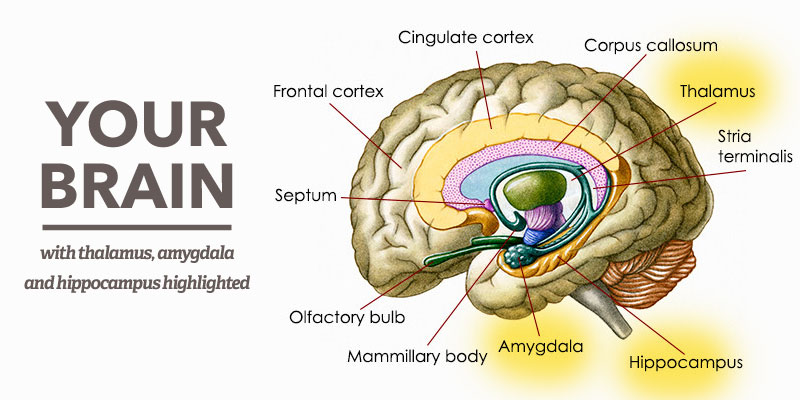 Depression afflicts many important parts of the brain that make you you. Here are three:

Depression actually stops the creation of new neurons (a process called neurogenesis) in some brain regions and impedes communication and cooperation between parts of the brain too.

This is the current understanding of depression based on the latest research I’ve read, but depression is still not well enough understood; it is complex and study is ongoing. 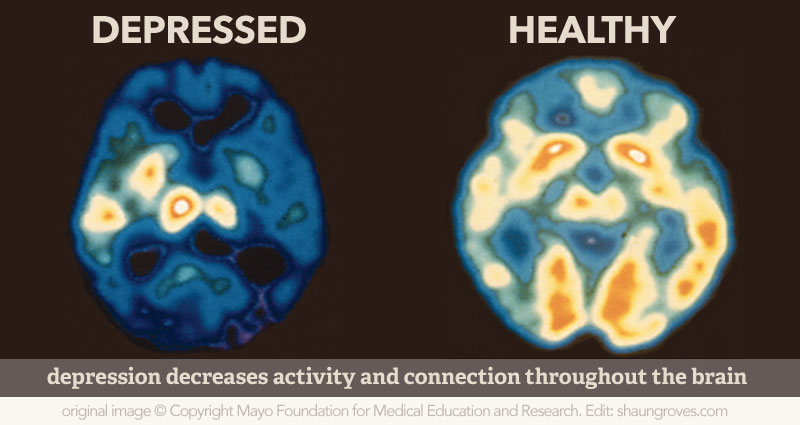 When healthy, my father-in-law was a natural leader, a trusted decision maker, a scholar and articulate communicator. And he was not selfish – I had to be careful about admiring anything he owned because he would insist that I have it! After his death, we heard story after story of his generosity. We discovered he had a habit of giving in secret. Instead of a funeral, we held a celebration and laughed and cried for two hours as stories were told about his life well lived.

At the very end of that life, however, Phil was not himself. Depression shackled his brain, leaving him unable to reason, decide, remember or feel as he had when healthy.

To say Phil chose to end his life then is, in my opinion, inaccurate. Depression killed him. Death by depression looks different from death by heart attack or cancer but, in fundamental ways, it is the same.

Phil chose to end his life, yes. But he chose with a brain incapable of making this most important decision well.

I hope a better understanding of the role mental illness can play in suicide will help us prevent more deaths and respond more compassionately when they occur.

19 comments on “Is Suicide A Cowardly Selfish Choice?”