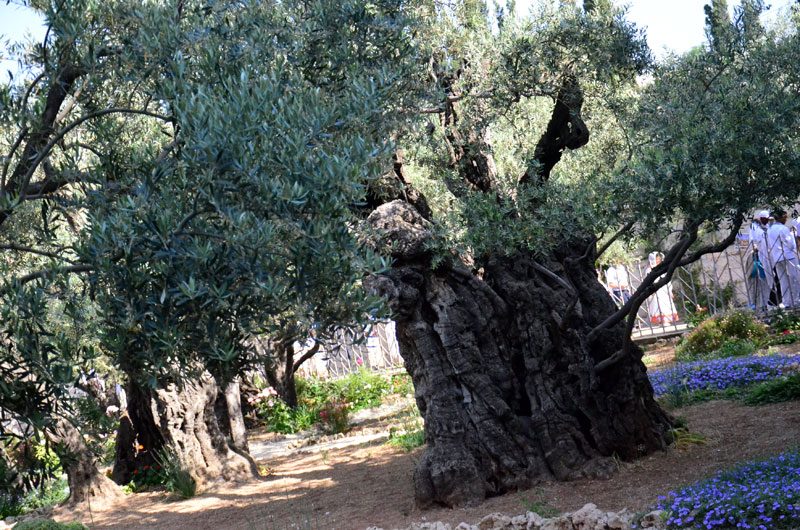 Early Friday morning Jesus is betrayed with a kiss and arrested.

Jesus is brought to Annas, the former Jewish High Priest and also the father-in-law of Caiaphas the current High Priest. Jesus is verbally and physically abused.

John 18:12-13 Then the detachment of soldiers with its commander and the Jewish officials arrested Jesus. They bound him 13and brought him first to Annas, who was the father-in-law of Caiaphas, the high priest that year.

Annas sends Jesus to Caiaphas, and the Sanhedrin Court. When Jesus says He is the Messiah he’s beaten and mocked.

Matthew 26:67-68 Then they spat in His face and beat Him with their fists; and others slapped Him, 68 and said, “Prophesy to us, You Christ; who is the one who hit You?”

The Jewish elders – including the High Priest, scribes and the whole Sanhedrin court – meet and decide to ask the Romans to execute Jesus.

Mark 15:1 Very early in the morning, the chief priests, with the elders, the teachers of the law and the whole Sanhedrin, made their plans. So they bound Jesus, led him away and handed him over to Pilate.

Jesus is questioned by Pilate, the prefect or governor of Judea. He declares, “I find no guilt in this man.” And, when he learns that Jesus is from Galilee…

Luke 23:6-7 On hearing this, Pilate asked if the man was a Galilean. 7 When he learned that Jesus was under Herod’s jurisdiction, he sent him to Herod, who was also in Jerusalem at that time.

Jesus stands trial before Herod Antipas, self-proclaimed “King of the Jews” and the ruler over Galilee. When Jesus refuses to answer any questions, he is sent back to Pilate.

Luke 23:11 Then Herod and his soldiers ridiculed and mocked him. Dressing him in an elegant robe, they sent him back to Pilate.

Pilate tries to release Jesus, declaring that he’s done nothing punishable by death, but the Jewish leaders insist that he’s the leader of a rebellion against Rome. Pilate’s men mock and beat Jesus.

But the Jewish leaders aren’t satisfied with the punishment. They still insist that Jesus be crucified and insight the crowd to yell for the same. Pilate gives in and orders the execution of Jesus. (Some scholars believe any observant Jews would not have been in the city at this early hour during Passover. If so, the crowd is likely not Jewish.)

Pilate’s royal guard take Jesus into the court (“Praetorium”) where they mock and torture him.

Matthew 27:27-31 Then the governor’s soldiers took Jesus into the Praetorium and gathered the whole company of soldiers around him. 28 They stripped him and put a scarlet robe on him, 29 and then twisted together a crown of thorns and set it on his head. They put a staff in his right hand. Then they knelt in front of him and mocked him. “Hail, king of the Jews!” they said. 30 They spit on him, and took the staff and struck him on the head again and again. 31 After they had mocked him, they took off the robe and put his own clothes on him. Then they led him away to crucify him.

Jesus is forced to carry his own cross to Golgotha – “The Place Of The Skull” – where he’s then crucified.

Matthew 27-35-37 When they had crucified him, they divided up his clothes by casting lots. 36 And sitting down, they kept watch over him there. 37 Above his head they placed the written charge against him: this is jesus, the king of the jews.

Luke 23:46 Jesus cried out in a loud voice, “Father, into your hands I commend my spirit.”

John 19:41-42 At the place where Jesus was crucified, there was a garden, and in the garden a new tomb, in which no one had ever been laid. 42 Because it was the Jewish day of Preparation and since the tomb was nearby, they laid Jesus there.

Thank you for the cross. Amen.