Jesus confessed to Pilate that He was in fact a king but, not to worry, His kingdom would not be overthrowing Rome with chariots and swords. Christ’s kingdom is not “of” the world.

Likewise, Christ’s followers are not “of” the world either.

Christ’s kingdom is not constructed of violence and coercion. The “world” is built of flags and steel and orphans and fear…but “you are not of the world.”

Christ’s kingdom is not constructed of pride and rights. The “world” is built of selfish ambition and demands….but “you are not of the world.”

Christ’s kingdom is not constructed of discontent and narcissism. The “world” is built on the illusion of scarcity, on self-protection and self-service…but “you are not of the world.”

Your God – my God – warns that those who live by the sword will die by it. And teaches us to consider others before ourselves. And asks us to trust his provision like the birds and flowers.

“I chose you for this,” Jesus says. To be made of something else. 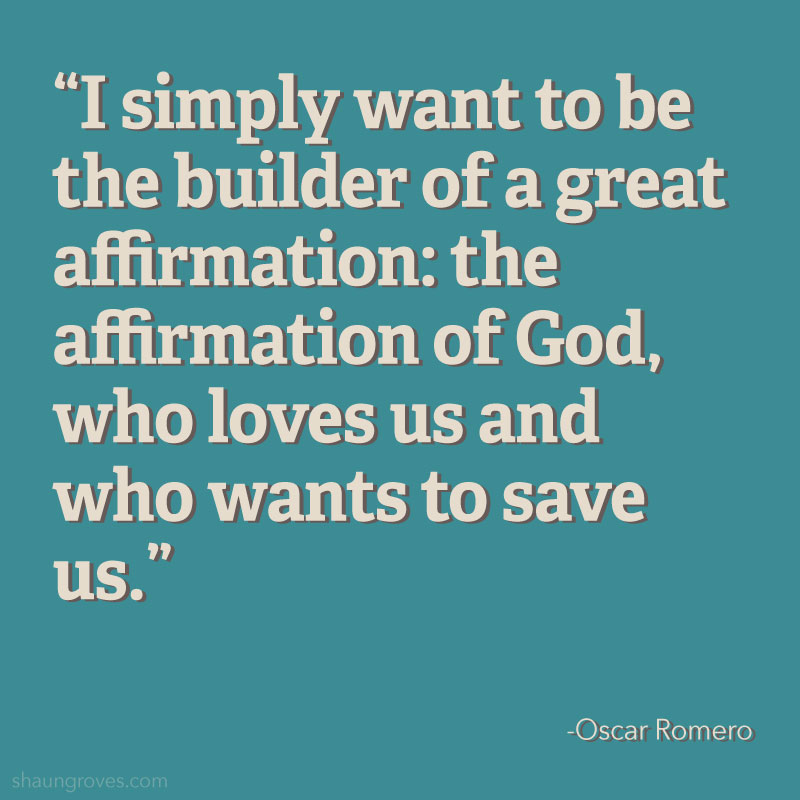 God, emplace ,y anger with peace today. Hold my tongue. Speak kind words through me. Forgive through me.

Replace my ambition with contentment today. Turn my thoughts from what I don’t have to all that You’ve already given. Open my hands to give.

Replace my fears with trust today. Help me believe you will provide. Use me to provide for someone else.