I lift it gingerly from the store shelf and the shopkeeper rushes over to make the sell. Bethlehem loves American tourists.

The orthodox, he explains, consider icons to be “windows into heaven.” Not just depictions of biblical people and scenes but revelations and reminders of powerful spiritual truths.

Elijah sits exhausted on a rock at the mouth of a cave. Desert stretches far into the distance. His face is long, dark and angular. He’s hollow-eyed, slouched, melancholy. But the first raven has arrived. God-sent with bread in its beak. 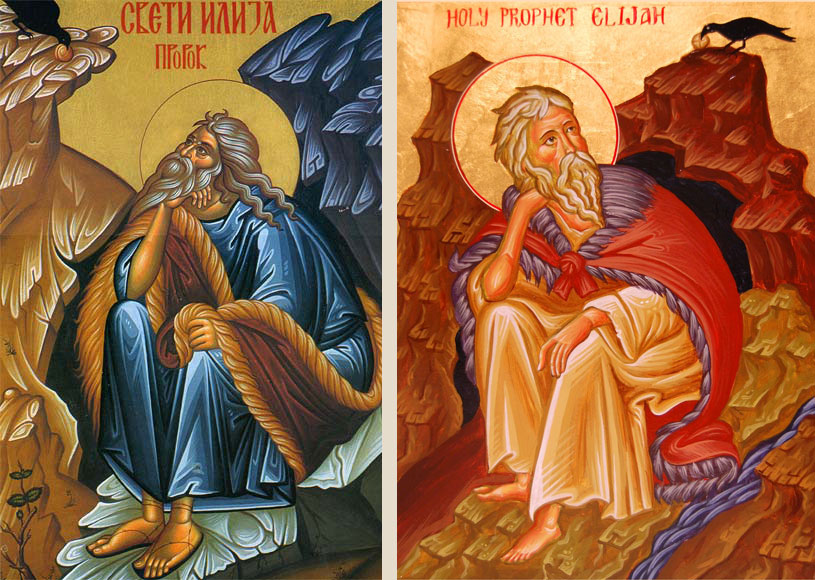 I remember the first raven. Becky brought bread – Truth typed and folded and slid in front of me at the kitchen table. “Read it,” she said. “Read it,” she insisted. “Again.”

Because darkness had swallowed me, taken my hand and walked me deeper and deeper into barren wilderness until all I saw was black.

“Why?” I shouted at God…when I still believed in Him. And at the empty room, on days when I no longer could.

Where are my ravens?

And Andy brought bread – extending his lunch hour to sit, listen, pray and write down a counselor’s number.

Darren brought bread – calling from Chicago to ask what the doctor said about my test results.

Jon brought bread – winged in from New York to tell me of his own desert days.

Brian brought bread – sitting, baby sitting me so Becky could leave the desert to buy groceries.

Diane brought bread – counseling, pointing out the snaky lies and stomping them with truth.

Wess brought bread – calling and texting hope across the miles: “Remember in the darkness what you believed in the light.”

Ben brought bread – silent, sitting beside me, compassionate, eyes glistening when I moaned and wept hard in a dressing room far from home.

God sent the ravens. But the problem with ravens? They’re so hard to see in the dark.

And one afternoon Becky opened the door just in time. I’d made my choice.

Did I? What kind of choosing can a mind so sick, so tired, so badly wired really do?

She chose me. And she chose for me; taking me by the shoulders, looking hard in my eyes. “That’s a lie,” she said. “I’d rather have you depressed than not have you at all.”

“How much?” I ask the shopkeeper.

And when he answers I tell him I’m a musician. He skips negotiation and quickly moves to consolation, placing the icon back on the shelf.

“Without this you can still remember the story with you always maybe.”

28 comments on “Where Are The Ravens?”