When King Saul and his sons fell in battle the rest of the Israelite troops fled for the mountains – thousands of them not able to outrun the enemy. The next day the Philistines walked the miles of corpses, stripping the bodies of valuables and weapons. When they came upon the bodies of Saul and his three sons they removed Saul’s armor.

The armor was brought to a temple for the local goddess of sex and war – the everlasting one. Her real name in those days was Astarte but the Israelites combined the consonants of the goddess’ pagan name with the vowels from the Hebrew word for “abomination” to create “Ashtoreth.”

The bodies of Saul and his boys were then hung on the walls of the great Philistine city of Beth Shan (also known as Beit She’an or Bet She’an). (1 Samuel 31:10) 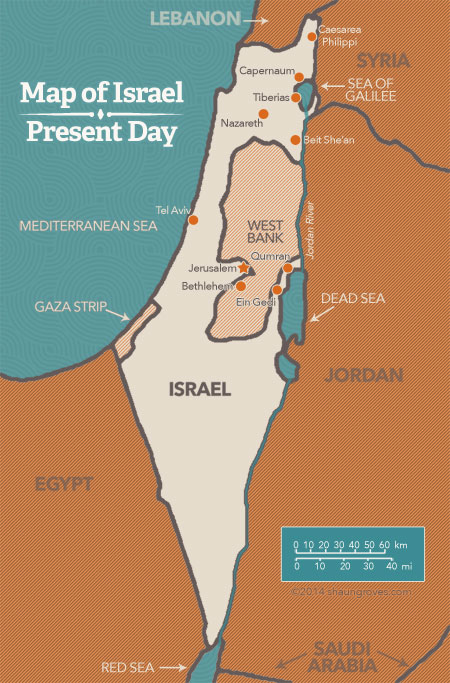 “‘Bet’ means ‘house of’,” our guide explains from the front of the bus. “House of Shan,” he says, pronouncing the ancient name like my own and winking in my direction.

House of Shaun, where the body of God’s king was lifted high to be seen by defeated people cowering in hiding places a long way off.

They saw. And some of them were valiant.

Men from the city of Jabesh Gilead marched through the night, climbed the walls of Beth Shan and freed the bodies of Saul and his sons. They burned them, then mourned and fasted for seven days.

Archaeologists have excavated at least twelve different levels of history at Beth Shan dating back more than 5,000 years. City built upon city. Temple upon temple. Walls upon walls.

Plenty of artifacts have been found from the Egyptians living in Beth Shan 3500 years ago, the Assyrians 2700 years ago, and the Romans 2500 years ago. But nothing remains of the lives of the Philistines there except for a few shards of pottery.

The Righteous One takes note of the house of the wicked and brings the wicked to ruin. Proverbs 21:12