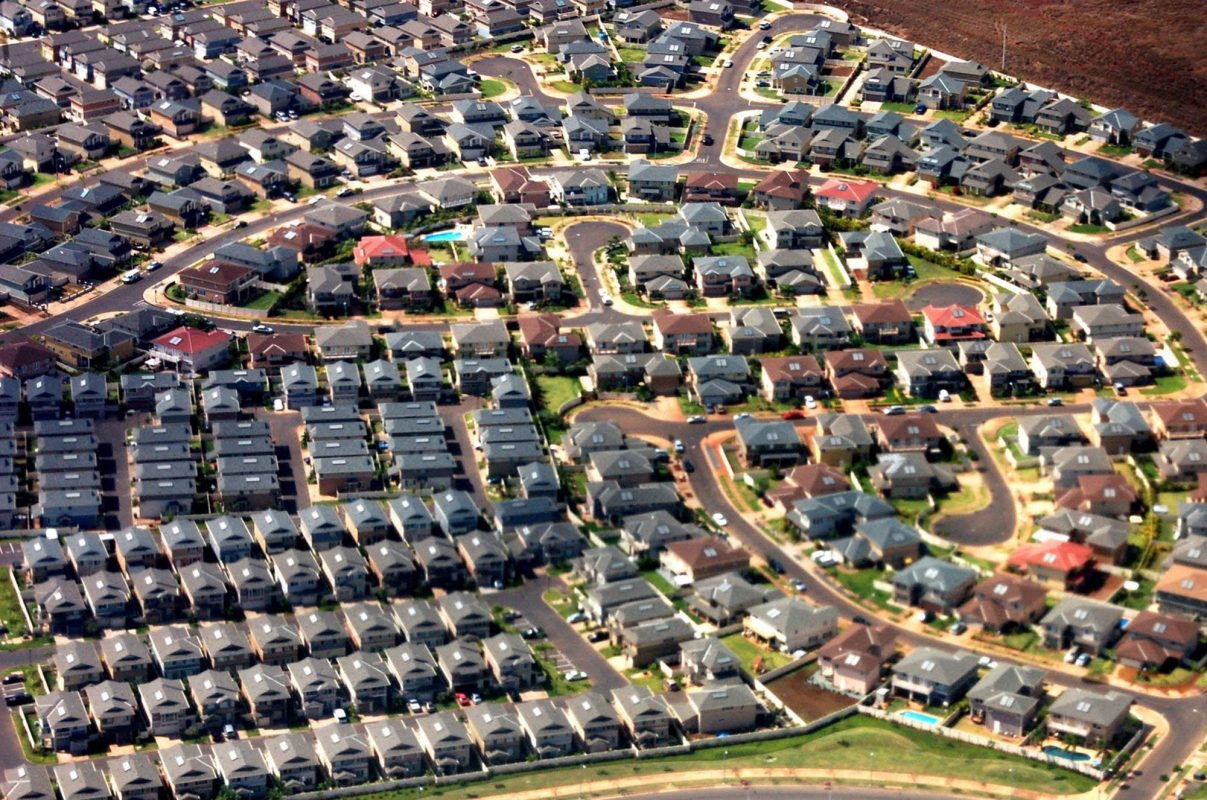 This is a tale of two zipcodes–and the relationship between how much we have and how much we give.

Spindale is a rural community in North Carolina speckled with mobile homes and blanketed in kudzu. Arlington, Virginia’s miles of exclusive neighborhoods, shopping centers, and office complexes neighbor the capital and are home to many who work there.

There wasn’t a church in Spindale able to host a concert so the woman who brought me there to sing borrowed a school cafeteria for the night. Just the week before she’d put together a benefit for a woman in town in need of leukemia treatment. Though unemployment in the area was in double digits, the community had risen to the occasion and given generously to their neighbor in need. And just one week later the same people gathered together again to hear me sing and speak on behalf of impoverished children around the world.

My hosts in Arlington put me up in a top-notch hotel, catered a delicious meal for me, and hired a production company to bring additional sound and lights into the church’s already well-outfitted sanctuary.

The people who packed into that cafeteria in Spindale loved Jesus. So did the crowd in Arlington. But one group was the most generous I’ve encountered in all my years as an ambassador for Compassion International. And one was the least.

Wealth & Generosity By The Numbers

Name any event at which I’ve asked a crowd to sponsor children and I can tell you what percentage of them did. Trends and correlations have emerged as I’ve accumulated this data over the last seven years.

For instance, the larger the crowd the smaller the percentage who will give. People are more generous indoors than outdoors. Less than 10 minutes of speaking is less productive than more. Preaching a thirty minute sermon on Sunday morning will yield more sponsorships than anything else. And wealthy highly educated zip codes routinely give less than the poorest and least educated. 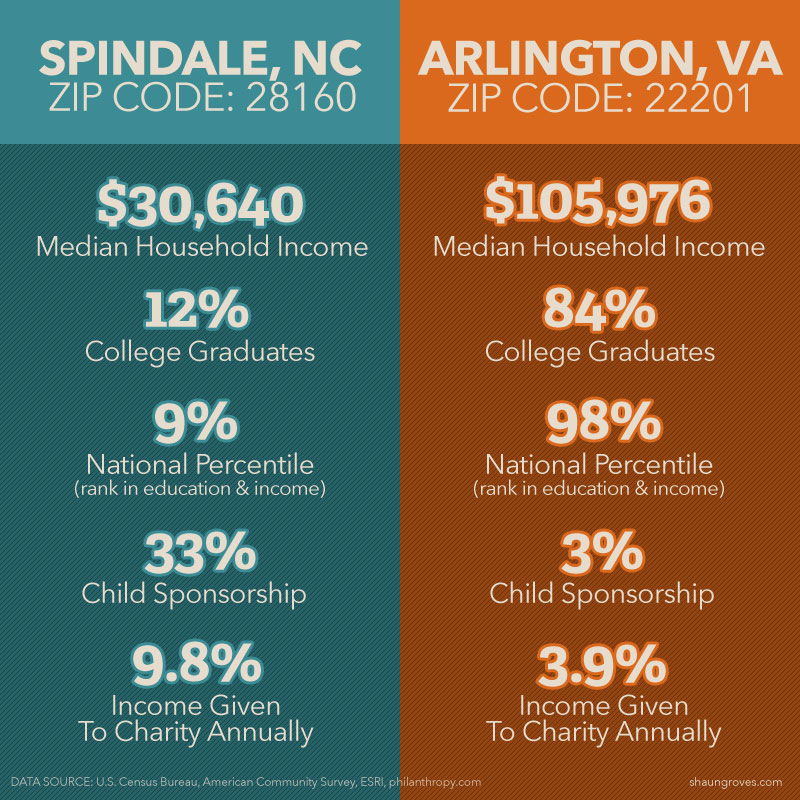 Why this tends to happen (there are wonderful exceptions!) is up for debate. One theory is that when the richest gather together in one place they become a kind of ghetto – isolated and insulated from everyone who isn’t rich. The wealthiest of these ghettos–like Arlington, VA–are called “Super Zips”, a name given by Charles Murray of the American Enterprise Institute.

Someone living in a Super Zip is extremely unlikely to encounter an impoverished person in their daily routine. This lack of exposure to the materially needy may decrease Arlington’s empathy for and generosity toward the poor in general.

But in Spindale need is ever-present. Generosity may be something we get better at with practice – and the people of Spindale get lots of practice.

Are you living in a Super Zip or are you surrounded by opportunities to practice generosity close to home? Find out how well-off your zip code is.

26 comments on “A Tale Of Two Zip Codes”