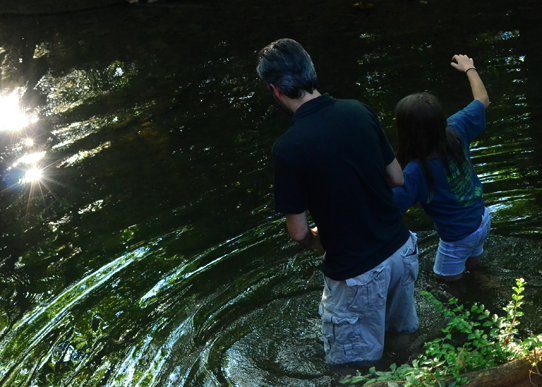 If you declare with your mouth, “Jesus is Lord,” and believe in your heart that God raised him from the dead, you will be saved. -Romans 10:9

“Boss, king, master. When you become a Christian you’re saying you want Jesus to be the king of your life. You want to do everything God’s way and not your way – to think like Jesus, love like Jesus, live like Jesus.”

Her miniature versions of my eye brows and nose scrunched up like question marks.

“I’m confusing you?” I laughed.

She shook her head no. But something was bothering her.

“I don’t know…if…I don’t want to be a Christian now,” she stammered.

When her older sister and brother were baptized two years ago she immediately begged to do the same: A crowd of people all focussed on her. Grandparents traveling halfway across the country just to witness the event. A celebration dinner together afterward.

At best her motives were mixed back then. I understood too well. When I was six I walked down the aisle of a country church, repeated a prayer after the pastor, and got baptized partly because my big sister had done the same a few weeks before. It took many years for me to understand what the commitment, the confession “Jesus is Lord” was meant to bear.

I wanted Penelope to understand the meaning of those words too, the implications of a life handed over to God. But do we ever? Fully understand? How much understanding is enough to wade into the waters with?

“I can’t either,” I confessed.

There were still some things we needed to talk through first. Grace and forgiveness, for instance – the hardest kind of each being that which we must learn to give ourselves when we fail to live unwaveringly under the rule of Christ.

But she was ready before those conversations ever happened. She was ready when she confessed that she wasn’t. She was humbled, convinced of her inability to keep her commitment and troubled by it, terrified to speak a public promise she’d certainly break. She understood. And Jesus was Lord of her. She wanted him to be Lord of her. 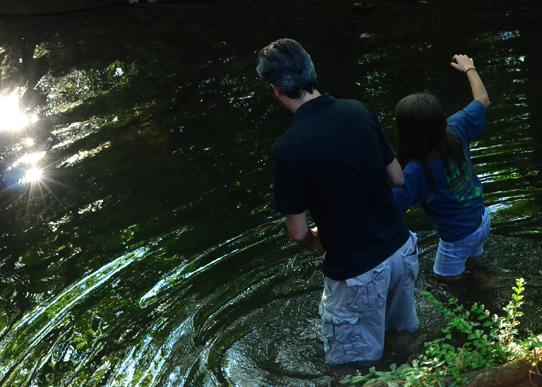 Hand-in-hand we waded into the chilly waters of Aenon creek – father and daughter, brother and sister. 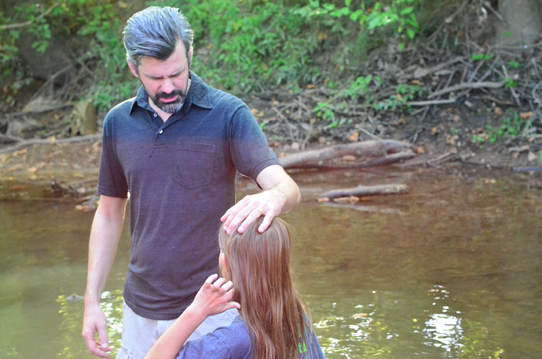 Friends and family dotted the shore with cameras and cellphones drawn.

“Do you believe Jesus is the Son of God?”

“Do you believe he died for your sins?” 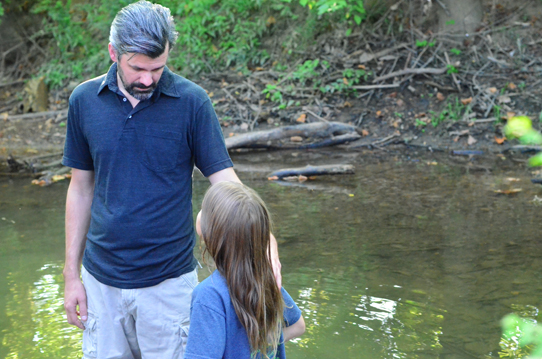 “Do you believe God raised him from the dead?”

“Who is the Lord, the king of your life, Penelope?” 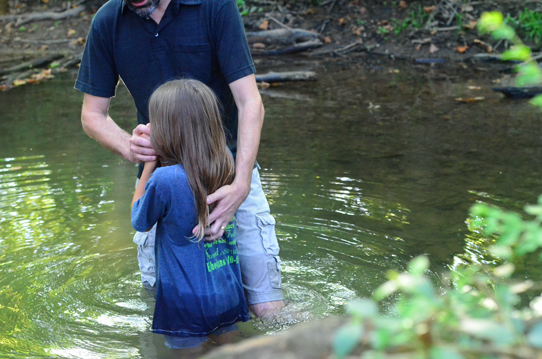 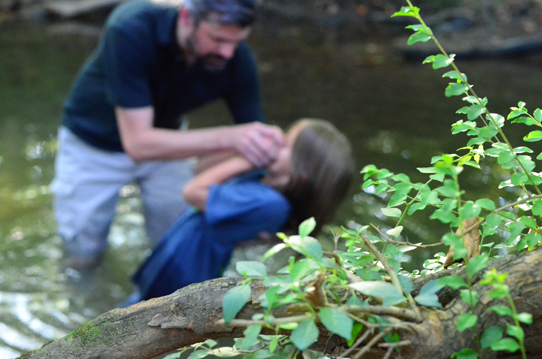 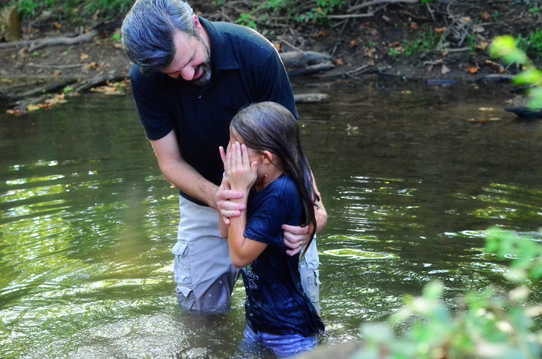 Buried with Him in the likeness of his death and raised to live a new kind of life.

14 comments on “When We’re Ready Because We’re Not”