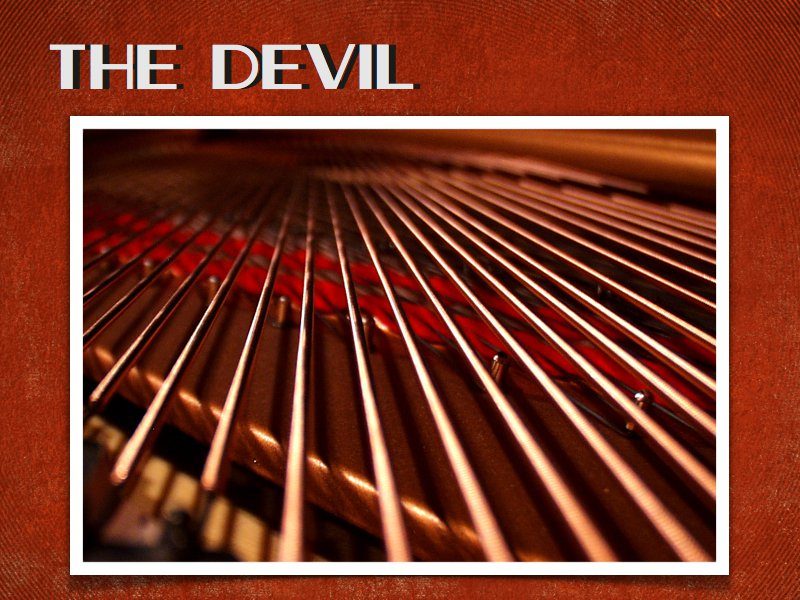 EPHESIANS 2:1-5 As for you, you were dead in your transgressions and sins, 2 in which you used to live when you followed the ways of this world and of the ruler of the kingdom of the air, the spirit who is now at work in those who are disobedient. 3 All of us also lived among them at one time, gratifying the cravings of our flesh and following its desires and thoughts. Like the rest, we were by nature deserving of wrath. 4 But because of his great love for us, God, who is rich in mercy, 5 made us alive with Christ even when we were dead in transgressions—it is by grace you have been saved. The piano is classified as a percussion instrument because it’s strings must be struck in order to produce a sound. But not really.

A piano can be played without ever being touched.

Open the lid of a grand piano. Lean in over its strings. And sing.

Somewhere in all that network of strings is one that will vibrate. It’s the one tuned to the frequency of the note you’re singing.

Stop singing and the string will go on vibrating, singing your note back to you.

There are no good people. So the devil’s work isn’t making good people bad, but coaxing the bad in us all to sing out.

Unable to possess a Christian and then live through them (because Christians are already possessed by Christ), the best the Devil can do is play me. He leans in close, hovers over the strings of my flesh, and sings his lies. And the flesh buzzes, reverberates gladly and sin sings forth.

The Devil, the prince of this world (for now), has a limited repertoire. His setlist is often no more than two songs: Temptation and Accusation.

To sing temptation across my fleshy strings, Satan turns up God’s love and turns down God’s holiness and hatred of sin.

For accusation he does just the opposite, playing up God’s holiness and downplaying His love instead.

My mind pitches in and amplifies the note Satan sings and then…well, more on that tomorrow.