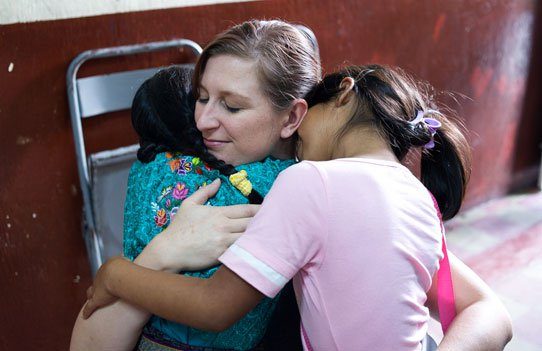 I’ve spoken at both women’s conferences and men’s conferences on behalf of Compassion International. The women sponsor more children than the men. More than four times more (as a percentage of total attendance.)

I’d like to turn more men into child sponsors the next time I have the opportunity.

So I’ve been thinking about why women might be more generous than men. Men Are Indecisive At Home

It may be that men are not in a habit of making decisions at home – especially financial decisions. According to a Pew Research study from 2008, in 43% of heterosexual couples polled the woman was the primary decision maker in four areas: what to watch on television, weekend plans, buying things for the home, managing finances. (31% of couples “evenly divide” decisions.) 45% of women said they managed the household money. And the younger the couple, the more likely it is that the woman has the final say in these decisions.

So it’s possible that a man being asked to commit $38/month to sponsor a child is unsure he has the authority to make such a commitment alone. “I need to talk to my wife first.” All The Single Ladies

What if the man is single? One study on the giving disparity between men and women found that single women also give more than single men. And when they give? They give more.

And women are not only more generous with their money. Women, married and single, give more of their time too. Neurologists wonder why men are less generous than women also. Researchers asked both sexes to identify the emotions people in photographs were feeling. While the test subjects pondered, their brain activity was mapped. In men, the “rational analysis” part of the brain lit up as they set out to “identify” each emotion pictured. But it was the empathy portion of woman’s brain that went to work – the women truly felt the emotions people in the pictures were feeling. Of course, there has yet to be a study on singer-songwriter brains. I suspect our brains work much more like a woman’s in this regard. I tell the same stories of Compassion’s children 100 times a year and still get choked up. And might even get angry when an arena full of men aren’t moved to action.

But no more. I understand now that men aren’t feeling what the children in my pictures and stories are feeling. Many men may be biologically bent away from empathy and generosity. And culturally they aren’t empowered to make these kinds of financial decisions.

I get it now. You could say I empathize.

It will take something other than a guy standing on a stage showing a picture of a child and telling a story to overcome all these obstacles and turn men into sponsors. Any ideas?

56 comments on “Why Women Give More Than Men”