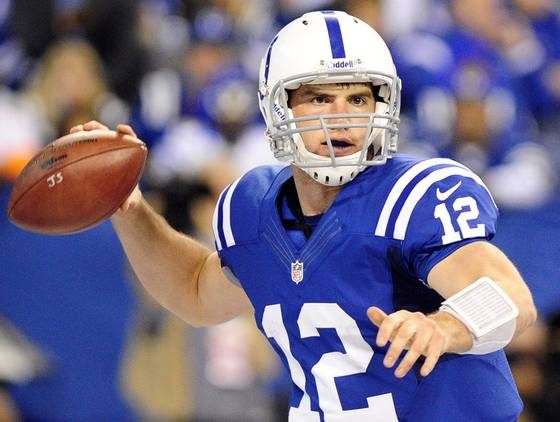 In an effort to earn back my Man Card after all those cake decorating posts, I joined a fantasy football league. And I’m in first place heading into the play-offs. Boom.

But this isn’t a post about my fantasy football skillz. This is a post about progressions and the importance of working them…or knowing someone who can.

To win at fantasy, I read a lot about football and listen to sports talk radio. Recently, I heard an analyst comparing Andrew Luck and RGIII – both rookie quarterbacks who were very successful in college. But both are treated very differently by their coaches in the pros. RGIII’s coach is letting him run something called the option offense. In the option offense, on a passing play, the quarterback has one primary receiver he’s supposed to throw to. If that guy isn’t open the quarterback can run the football himself. He could also find another open receiver but there’s no pressure to do that when you’re RGIII, arguably the fastest man playing quarterback in the NFL. If the primary receiver isn’t open just run past everybody!

Andrew Luck, on the other hand, is running a traditional pro-style offense. When the play calls for a pass, he looks for the primary receiver first. But if that guy isn’t open Andrew has to “work his progressions.” That means he looks to see if the number two receiver is open, and number three, and the tight end, the running back… If the ideal isn’t possible, his job is to see new possibilities and execute them. The analyst wasn’t saying that one quarterback was better than the other, but was saying that – right now – Andrew Luck’s job is harder. “It’s easier to keep the ball and run it when you’re as fast as RGIII than it is to stand in the pocket – with guys running at you trying to take your head off – and look at every other option, weigh which one is the best and then execute. Oh, yea, and you’ve got three seconds to do all that in!”

Andrew Luck is a smart guy. So is RGIII. But RGIII doesn’t have to be. Micah is my booking guy, road manager and sometimes banjo-playing background-singing partner on stage too. (And Matt Redman lookalike) His most important job is getting me gigs. If I’m not on the road kids aren’t getting sponsored and he and I can’t pay the bills either. It’s kinda important work Micah does.

And what Micah does well as a booking guy is work his progressions. In early Fall, for instance, I was invited to be the opening act on a large Christmas tour. But in November that tour folded and Micah and I were suddenly without work for the Winter.

Micah’s a smart guy. And because of situations like this – to book any independent artist – he has to be. Deadlines were rushing at him. I was calling him asking what the plan was. But he stood in the pocket and scanned the field for options that would pay his bills and mine, and benefit Compassion well. Within a couple days he pitched me the idea of putting together an acoustic advent tour of our own. I quickly created a graphic and wrote a blog post and Tweeted and Facebooked while Micah sent out an email blast to potential promoters.

Touchdown! We got more invitations than we had openings for on the calendar! This is my busiest Winter in years. All because Micah didn’t quit when Plan A fell threw. He worked his progressions.

There are better independent singers and songwriters out there. But they’re not busy and they’re not selling records. They need an Andrew Luck on their team.

Everyone does. We all need those people who see the possibilities when the ideal falls through. Do you have one of those? Can you be one of those?

10 comments on “A Football Analogy & A Compliment”