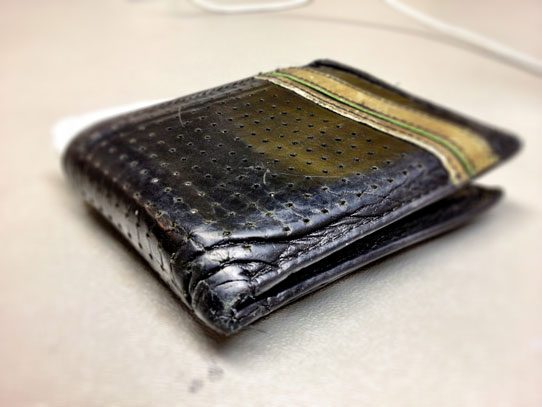 It’s the third most asked question on the road; right behind “How’d you meet your wife?” and “Do you have kids?”

Today, in fact, someone found my blog by Googling “Shaun Groves salary” – which is probably the query of someone wondering how much money I make and not how I make money, but it’s close enough.

We make money too important when we keep silent about it…so here’s how I get paid. I made three albums on Rocketown Records from 2001 to 2005. Every record contract is different but most conventional record deals charge the artist for a percentage of expenses incurred in making and marketing their music. Until those expenses are “recouped” the artist doesn’t get a dime from the record label. Like most artists, I haven’t recouped yet and may never.

Radio stations worldwide pay SESAC, ASCAP and BMI (called performance rights organizations or PROs) for the rights to play music to a large audience. I’m an ASCAP writer, so ASCAP does some convoluted math to estimate how much my songs are being played every quarter. Then they cut me a check. “Welcome Home” was a number one song for weeks in 2001 but “After The Music Fades”, a song that only reached number three on the charts, has paid me far more over the years. Radio money still drips in every quarter.

I buy the CDs I released through Rocketown Records for $5 to $6 each these days from the distributor. I buy my independently released CDs for about $1 from the manufacturer. Then I resell those CDs on-line and at concerts. When I started talking about Compassion at every show back in 2005, my merchandise sales plummeted. I guess that means I’m doing a good job convincing people they don’t need more stuff huh? But the little bit I do sell adds up and I couldn’t make ends meet without this revenue stream.

The records I made with Rocketown Records are on iTunes and other on-line stores but those sales go toward recouping my outstanding balance with that label. I may never see a cent from those records. But my independent release Third World Symphony makes me $.74 per song when it sells on iTunes. I get to digital retailers through TuneCore, which charges me a fee for that valuable service. iTunes pays me the most and Spotify pays me the least. Without digital sales I’d be sunk.

Compassion underwrites my concert expenses so that promoters (usually churches) can book me for free. We don’t allow promoters to charge for admission so I don’t make money from ticket sales like many artists do. But sometimes promoters will collect an offering or make a donation to help us out instead. That helps me pay for airfares and rental cars and sometimes there’s leftovers too!

Churches are supposed to pay CCLI for singing copywritten songs in their services. I don’t think that’s right, but I must admit I profit from it. I recorded an original arrangement of “Just As I Am” on Third World Symphony and have been amazed at how many churches have started singing it. And I’ve made a few hundred dollars from CCLI because of it.

Income for an artist is a river fed by many smaller streams.

Artists are usually operating as sole proprietors, so we pay a bit more in income tax than we would if we had an employer. We also don’t have insurance and other benefits provided for us by a boss. And we have payroll to meet. In my case, I pay one guy to handle booking and road management and my wife “volunteers” as my business manager – handling everything financial. Still, when it’s all said and done, after giving as much to our neighbor as we keep for ourselves, I live on less than a third of what I earn annually.

Every little bit counts. Same as you.