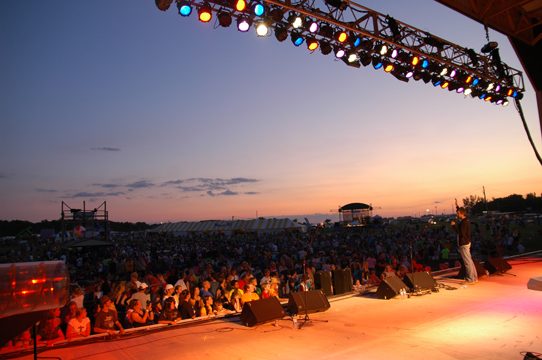 I’ve been speaking and singing on behalf of Compassion International in 80 to 100 cities every year for seven years. And being the nerd I am I’ve studied the results and found that as crowds get larger they also become less compassionate.

And I’m not the only one to have studied this. I read about an experiment once in which people gathered in a large room to be given instructions before taking a test. Then they were separated, put into rooms alone to take the test. The walls of these rooms were thin enough that test takers could hear one another.

At some point during the test, scientists had one test taker fake a heart attack. He cried for help. And the scientists noted how the other test takers responded.

How many stopped taking their test? How many stood and tried to look over the walls of their room? How many cried out on behalf of the sick man? How many left their room in search of him? How long did test takers wait before they took any of these actions? They repeated this test with larger and larger groups of people: The larger the crowd the less compassionate the response.

The scientists reasoned that test takers thought someone else would take care of the problem. And the more someone elses there were, the more certain test takers were of this, and the less responsibility they felt for the sick man’s well-being. At least 700 times now, I’ve asked crowds to release children from poverty. And I’ve seen how inaction increases with the size of the audience. I can predict with great accuracy how many people will sponsor a child every night – based not only on the size of the crowd, but based mostly on it.

Because of a promotion snafu, I recently spoke to a crowd of seven. Four of them sponsored children. That’s 57 percent.

As we approach 1000 people the percentage plummets to 7%. Over the weekend I was at an outdoor Christian music festival. Around 10,000 people were said to be in front of the main stage when I was speaking about Compassion. In addition to my presentation, we also brought in a former sponsored child from Uganda to tell her compelling life story. And the brand new Compassion Experience: Change The Story was there too – a state-of-the-art interactive mobile poverty experience like nothing I’ve ever seen. It’s the closest thing to taking a trip overseas that there is.

Less than 1% of the crowd sponsored a child. Can the percentage get any lower? Yes.

Less than half of one percent of a blogger’s regular readers will sponsor a child after an entire week of posts during a Compassion Bloggers trip.

But there are times when this rule is broken. And I have no other explanation for this outside of God. Only God can override our hardwired well-documented apathy with compassion.

Why He does this some days and not always I just don’t know. I just keep praying every day that my audience defies science. And sometimes they do.

And when they don’t? Understanding why helps me respond compassionately to them.

When have you felt most compelled to take action? Why do you think that was?

86 comments on “Why Bigger Crowds Are Less Compassionate”