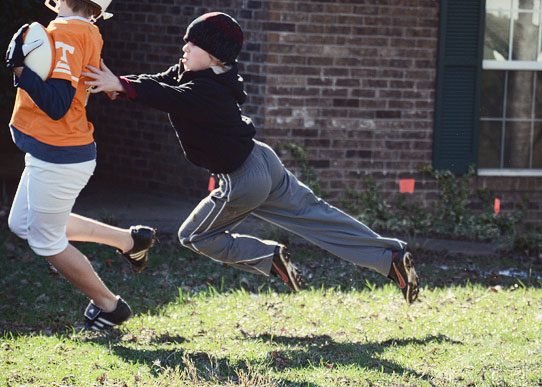 It’s football camp time once again. The long locks have been shorn into a mohawk. Gresham’s up early, dressed in Steelers black and yellow, and dropped-off to hit people and learn important stuff like “bubble screen” and “spread offense” and not having an opinion. He climbed back into the minivan after four hours of camp yesterday, smelling like a dog, with a smile on his face. “I love football,” he said.

Then he talked me through every drill coach had him run, every play that was diagramed, every kid and what position they wanted to play. There were six wannabe quarterbacks with a coach dedicated just to training them. Gresham was one of them.

“So who do think had the strongest arm?” I asked.

“Well, but what’s your opinion?”

“I’m not supposed to have an opinion about anyone else. I have enough to work on,” he said.

33 comments on “Are You Entitled To Your Opinion?”