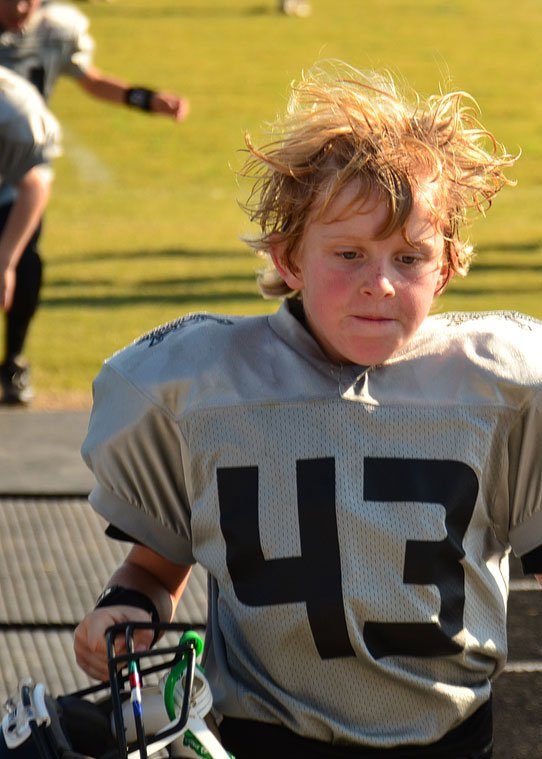 First Gresham preaches against being a pharisee. And now, easy quitting? This football camp of his is ruining my life.

So he climbed in the minivan after yesterday’s practice and announced that he doesn’t want to play offense. Only defense. Now, this was coming from the kid who was a great safety (that’s a defensive position) last season but also scored 50% of his team’s goals as halfback and quarterback.

“Dude,” I said, because all great fatherly wisdom should begin so eloquently, “that’s like Troy Polamalu saying he doesn’t want to play defense. Do you hate scoring? Is it the points or the applause that you hate?”

He laughed, used to his greatest life struggles being answered with sarcasm.

Turns out, he loves both points and applause, but not the pressure of being quarterback.

“Being in charge,” he said.

Being mom or dad when the ends won’t meet, when kids need discipline? Doesn’t feel good.

Being a student studying for finals, practicing for piano juries? Doesn’t feel good.

Being the boss when people will have to be laid off, when change has to be made, when majority opinion has to be bucked? Doesn’t feel good.

“The choice is yours,” I told him. “But before you decide, why don’t we spend a week praying and thinking about what kind of pressure this is. Is it pressure you need to endure to be a leader? Or is what you’re feeling God’s way of protecting you? Do you need to keep going or quit?”

And that’s the question I’m asking right now too. About a few things in life. The pressure doesn’t feel good. I want to quit. That would be easier than praying and discerning. That would feel better.

But is this pressure I should push through? Or is this God’s warning that I’m in danger? Or that there’s something better?

How could I pray for you?

78 comments on “Dang, That Football Camp Is Ruining My Life”