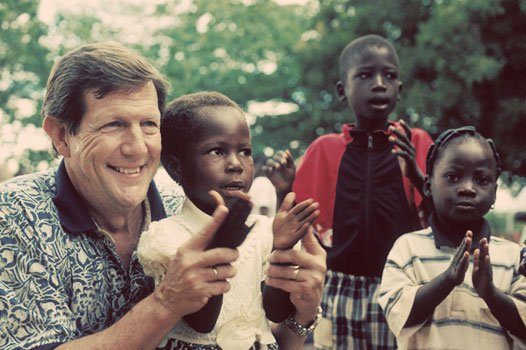 Not long after my record label shut its doors, I traveled to Ethiopia with Wess. Over breakfast one morning I told him I thought I was done with music. He suggested otherwise. He suggested I keep singing, keep traveling, keep speaking for Compassion’s children. Wess saw ability in me when I didn’t, saw a future where I saw failure, saw usefulness when I felt useless.

He smiled and spoke direction and courage into me over scrambled eggs and coffee. It only took a minute. But that minute yielded five more years of touring, new songs to sing and thousands of kids released from poverty. Time well spent.

Wess Stafford is the president of Compassion International. He’s written about the potential of a minute in his latest book Just a Minute, a collection of stories illustrating the power big people have to change the lives of little ones. (He even included a story of mine.)

Every minute with a child is a God given opportunity and this book shows how people just like us have made the most of them. As Wess writes, “I have become convinced that if God stands a child before you, for even just a minute, it is a divine appointment.”

Purchase Just A Minute today from Amazon.com, then share your own story at JustAMinute.com.

16 comments on “Just A Minute from Wess Stafford”