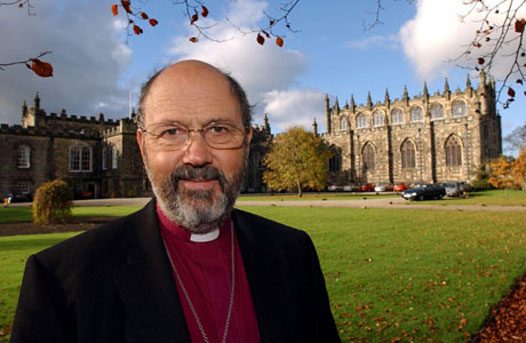 “So do you travel with guitars to amuse yourself or to entertain others?” he asked as I shoved the hatch of the station wagon shut on our mound of luggage.

“Hopefully I entertain others.”

“You’ll be singing for us then? Oh good. What sort of music do you play?” he asked.

“Christian music,” I said. And I immediately feared the theologian would object to the use of that word as an adjective. And I wondered if he was thumbing through the history books in his head to the days of church patronage, lamenting the commercialization of church music since then.

Should I have said soft rock? Folk? Two minutes together and already N.T. Wright

“I actually have a rather nice guitar myself,” he offered.

“What kind do you play?”

“I possess a Martin,” he grinned. “My children gave it to me upon my retirement.”

I said something inane about Martins being great guitars. Lots of bluegrass guys play Martins, I think I said.

“I’m a child of the sixties,” he said, “so I played a lot of folk music – Joan Baez, The Beatles, Bob Dylan…When I was young there were many things I never thought I would not do…so good for you. I haven’t found the time as I should have for music.”

“Well,” I said, “if you wrote shorter books that might free up some time to the play again?”

He laughed. Our driver wove through the airport parking lot to the main thoroughfare, into downtown D.C. and toward our hotel, while Bishop Wright and I talked about the weather in Scotland, missing our wives when we travel, the Occupy movement and the possibility of me letting him play my Gibson.

I sing Christian music. And what a wonderful unpredictable life that is. Thank you.