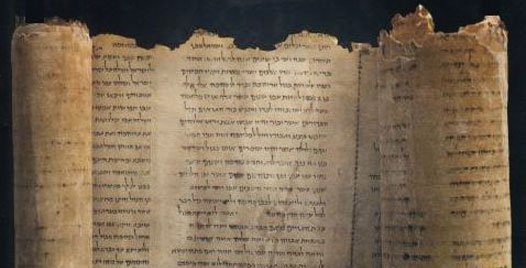 I became a Christian when I was twelve. Shortly after that I met RJ Holt. He was a college student sacking groceries at the store across the street from my house. He hung out with middle schoolers at our church on Wednesday and Sunday nights. And on Tuesdays, I think it was, I rode my bike across town after school to talk with RJ about how to read the bible and pray and be more like Jesus.

RJ moved away and became a youth minister in California. Steve Dement took over his job. Not as night stock boy but as teacher and friend. Steve was an attorney in his late thirties, a single guy living alone – plenty of space for me and thirteen friends to hang out in on Sunday nights after church. We read the bible, rehashed the past week, ate pizza and talked about girls and parents and school. And always Jesus.

At college I worked for Louie Giglio for a short time, running sound for a weekly bible study he taught on Baylor’s campus, and watching him and his team of leaders prepare for each gathering, deal with conflict, pray, plan. Louie was teaching me more by example behind the scenes than by words spoken on stage.

Once we moved to Nashville, Greg Hodge took the baton. He was a songwriter and drummer who, along with his wife, mentored young married couples in our church. Funniest man I’ve ever known. And he has an encyclopedic knowledge of history and theology too. Greg taught me to think by disagreeing with me constantly, always asking the next question when I arrived at an answer – he humbled me.

Greg moved away to pastor a church and Billy Patterson filled his shoes. He was our missions pastor and it was Billy who showed me for the first time that “God so loved the world.” But more than the how’s and why’s of global evangelism, Billy taught me – and showed me – how to “abide” in Christ, how to relate to God, to live with God all day long.

Billy moved off to Rome and then on to Manhattan to teach others as he’d taught me. Then Diane came along shortly after that. The men before her had offered to teach me. But I pursued Diane – in tears, my mind malfunctioning, my faith in tatters, at the end of my rope. She showed me and taught me about love, a thing I’d lost sight of in all the knowledge gathering over recent years. She taught me that I was loved and why. And she taught me how to fight what can’t be seen.

All of these people have worked together, one on top of the other, to help me understand who I am as a “new creation”. They slowly, incrementally, showed me how God works in us so that we may think, believe, feel and behave more and more like Jesus over time.

Religion courses. Seminary. Bible studies. Conferences. Books. Sunday school classes. Church services. All great! But in my own life, the discipleship that has been most beneficial has been highly relational, one-on-three at the most, going at our own pace together, asking questions, flipping through pages, praying, together.

Through the years this is the sort of teaching I’ve enjoyed doing most too. This week I started meeting with a couple guys, in fact. We’ll sit down once each week for what will probably be ten weeks, at least. Then their next step will be to pass on what they learn to someone else. I’ll meet with them when they do that as well, to teach them how to teach, to encourage them along the way. Then the men they teach will teach someone else, and on and on.

That’s one form of discipleship.

A few questions for you then…

Have you been discipled?

How have you been discipled?

What’s worked and what hasn’t?

Have you passed on what you’ve received by discipling someone else?

If not, what do you think has kept you from doing that?

16 comments on “Passing On What Was Given To Us”