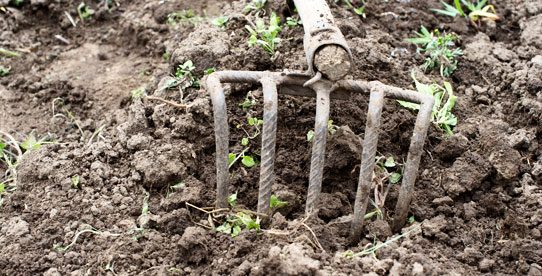 The kingdom of heaven is like a grain of mustard seed that a man took and sowed in his field. It is the smallest of all seeds, but when it has grown it is larger than all the garden plants and becomes a tree, so that the birds of the air come and make nests in its branches. – Matthew 13:31,32 ESV The Farmer walked the rows with his bag of manure, shaking fertilizer into trenches dug into the dark loamy soil. I lagged behind placing potatoes in those same trenches side-by-side. It was a small make-shift field carved into a steep slope behind Rosa’s house. The Farmer and I joked that we’d never planted potatoes before so we couldn’t be blamed if things didn’t turn out well. Rosa just laughed. So did her neighbors and the local pastor who leads the Compassion International Child Development Center (EC 478) where Rosa’s three are children are loved well. And piglets squealed while children played with puppies and the Farmer and I dug our boot toes into the earth and climbed from the last trench up to Rosa’s back stoop. Rosa told us that when what we planted together grows there will be enough potatoes for her three children and a dozen pigs. Later, Ann, the Farmer’s wife would whisper a prayer for this: fat pigs and a great harvest.

When what we plant together grows…

…there will be enough. And my mind flipped through a book on a shelf back home, to a page where the theologian sums up the kingdom of heaven as God’s dynamic reign and rule on earth in the present. Dynamic, not passive. On the move. Ruling. Pushing against sickness, oppression, poverty, all manner of brokenness and need – fattening pigs, providing for mothers, feeding children. In King Jesus’ name.

From Jerusalem to Ecuador. Spreading. Spawning. From one seed a mighty weed.

On the plane ride to Ecuador I’d read these words of Jesus transcribed by Matthew. “The kingdom of heaven is like a grain of mustard seed.” Not just any mustard seed, which would be quite small already, but Matthew used a Jewish idiom similar to our “itsy bitsy” to describe this kingdom seed. Jesus compared His rule down here to the smallest imaginable mustard seed. A grain of a mustard seed.

But when planted in earth, in hearts, the grain grows. Reaching up and out. A wonder weed. Jews considered mustard a weed – its seeds falling and germinating instantly, taking over the place they’re planted, growing into trees, choking out whatever else grew there.

All this pervasive productivity from one itsy bitsy seed. Like Everett Swanson. One man traveling from America to Korea to encourage U.S. servicemen stationed there in the 50’s. One morning, as the sun was coming up, Everett saw the orphans of war piled in doorways to stay warm through the night. He watched as a government truck backed up to one pile, two men in uniform climbed out, walked to the pile of children and shook them awake. They scattered. Except for those who didn’t make it through the cold night. He watched as these men took the dead by wrist and ankle, tossed them into the back of their truck like trash and drove on to the next pile, to the next frozen child, to shake and toss again.

“Now that you know,” Everett’s friend asked,” what will you do about it?”

As the story’s been passed down to me, Everett took in a few orphans. Then a few more. Until he needed a little help. He asked fellow Christians to choose just one of his children and pay a small price to underwrite their care. To become their “sponsor.”

Child sponsorship was invented. Compassion International was birthed. From one man caring for a few. From one Christian at a time giving a little each month to support his work. And what they planted together has grown and is now enough for… Today Compassion International meets the spiritual and physical needs of more than 1.4 million children in 26 of the world’s poorest countries. More than 50,000 children are served by Compassion in Ecuador alone. They go to school. They get to see a doctor when they’re sick. They receive proper nutrition, a safe place to play with friends. They hear about and experience the love of God every day from Christian teachers, pastors, mentors and friends. So much from the small seed of $38.

The kingdom of heaven is like a mustard seed. Planted here on earth, it reaches upward and outward: Fattening pigs, feeding three fatherless children in the mountains of Ecuador, providing income for their mother and proof to them all that God sees and loves and makes much of them. Itsy bitsy them.

I’m not much. You’re not much. But what we plant together grows to be enough. Sponsor a child.

40 comments on “When What We Plant Together Grows”