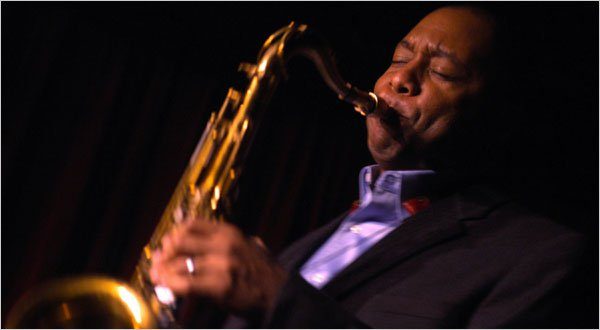 I tried softer reeds. Then harder ones. I bought a new mouthpiece. Then went back to the old. And when these things didn’t turn me into Branford Marsalis quickly enough, I quit.

I so much hated being last – embarrassed – that I quit.

My band director dared me to practice instead. “Practice this book everyday for the rest of this year,” he said, “and if you still want to quit you can take shop or homemaking next year.”

For a couple weeks, I practiced an hour before school. And I wasn’t last chair anymore. I was next to last. But practice had a greater reward than upward mobility: making music was more enjoyable than making noise. So I wanted to practice more.

After that I was practicing before and after school. The next year I had an understanding homeroom teacher who let me spend her hour practicing instead of studying. I ate quickly to get an extra twenty minutes or so of practice during lunch too.

Almost four hours of practice at school. Once I got home there was usually more.

This is discipleship: Practice.

I’m reading A Long Obedience In The Same Direction by Eugene Peterson. In it he writes…

I don’t know what it has been like for pastors in other cultures and previous centuries, but I am quite sure that for a pastor in Western culture at the dawn of the twenty-first century, the aspect of the world that makes the work of leading Christians in the way of faith most difficult is what Gore Vidal has analyzed as “today’s passion for the immediate and the casual.” Everyone is in a hurry… [Western Christians] are impatient for results. They have adopted the lifestyle of a tourist and only want the high points. But a pastor is not a tour guide… The Christian life cannot mature under such conditions and in such ways.

Friederich Nietzsche, who saw this area of spiritual truth at least with great clarity, wrote, “The essential thing in heaven and earth is that there should be long obedience in the same direction; there thereby results, and has always resulted in the long run, something which has made life worth living.” It is this “long obedience in the same direction” which the mood of the world does so much to discourage.

Those words, written in 1980, are even more true today aren’t they? I want a small tweak that will make me a whole new man. I want a quick read that will make me wise. A three-minute song that will give me intimacy with or revelation from God. Three steps to well-behaved kids. A fight, not marriage counseling. I want a devotion, not a bible study. A retreat weekend, not a life of early rising for silence, study and prayer. A Sunday service, not an all-week community of shared accountability, time and resources.

I want to be more like Jesus, to think and love and live like Jesus…without doing what Jesus did. Without putting in the time and effort.

Feelings are great liars. If Christians worshipped only when they felt like it, there would be precious little worship.

This is discipleship: Practice.

12 comments on “A Long Obedience In The Same Direction”