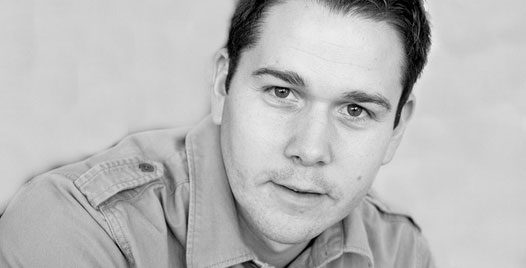 I was deeply embarrassed. I felt like a failure, like a coward for wanting to run away, go home and crawl into bed. I felt ashamed that I’d misplaced my faith for a moment. I was terrified of what everyone would think of me if they knew what I was going through.

But Ben wasn’t everyone else. He was a friend.

He sat with me and said nothing. His face was distorted by empathy and shared grief. After a long silence, nothing filling the space but my whimpers, he said, “It’s OK. Whatever you need to do is OK.”

Almost anyone can learn how to book concerts, drive a rental car, check into a hotel, run a sound system. But maturity, problem-solving, self-control, compassion, patience, sensitivity, love – these are harder to learn. When I hired Ben it wasn’t because of his “skill set”; it was because of the proven contents of his heart and mind.

What I need on the road is a mature Christian friend. Someone who will humble me when I need it, critique honestly without being asked, stay positive when things go wrong, be patient when volunteers don’t understand, be gentle when airlines are wrong, laugh on those long hours in the rental car, protect my marriage and my family from adultery and too much time away, who will sit with me and remind me that it’s “OK” and allow me to do the same for them.

Yesterday I dropped Ben off at his house for the last time. He’s taken a job serving his church in Nashville, where he’ll use his incredible technical and organizational skills to support his pastor and teams of volunteers. And where he’ll no doubt be someone they trust and call friend. In addition, Ben has also started a web development company called Louder Media. (He coded shaungroves.com you know?)

Ben chose his replacement and trained him too. I rarely do any events with youth. But I reluctantly did one this Summer – so glad I did. I was the camp pastor for a week down in Orlando and the music was led by Micah Watson and his band.

A couple months later Micah decided to call it quits on the band thing and move to Nashville to be closer to family. He had coffee with Ben, told him he’d like to support a musician instead of being the musician, and they both decided I should hire him to take Ben’s place. After the usual background check, ropes course, essay tests and urine screening were completed Micah was hired. For the last two weeks he’s been shadowing Ben, learning the how-to’s of booking and road management and what to do if I cry.

So, please join me in thanking Ben for a job well done and welcoming Micah to the team.

32 comments on “Saying Goodbye To Ben”