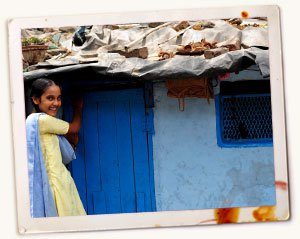 My friend and fellow traveler Melissa Fitzpatrick writes the most beautiful and challenging words today here and here.

Ten years ago, before transferring to Moody and moving to Chicago ever even entered my mind, I was a little sophomore at Baylor University. One fine central Texas day I went down with a friend to a place cleverly called Waco Hall to listen to an increasingly well-known “upcoming” musician. All I knew about the musician I had gleaned from the signs scattered on walls around campus: he had really good hair.

The musician was Shaun Groves. And if I remember correctly, he had just released his first big record Invitation to Eavesdrop. I knew, even then, after just a few minutes listening to Shaun sing, that he had a special voice. Something about him was unique. I sensed that he was a person who both thought and felt deeply about faith and the world. What I most certainly did not sense is that in less than a decade I would be bouncing around East India with a tiny group he was leading.

But in the third world together we were destined to be.

On one of those blistering 125-degree days in Kolkata, Shaun and I got to talking. We were on the bus doing what theology nerds do best . . . taking ourselves far too seriously and talking about some Bible verses. We were throwing around phrases like “the new perspective on Paul” “the kingdom” “inaugurated eschatology” and whatnot. We discussed how necessary it is for us to have a holistic understanding of Scripture’s voice about wealth and poverty. We were ranting and complaining how it simply won’t do to quote one or two verses from the gospels; we need to understand everything we can about poverty and wealth in the entire canon. Only then could we really understand the Church’s mission concerning wealth and poverty. But then we got to talking about a couple of verses in the book of Proverbs.

Please take the time to read the rest here or here.