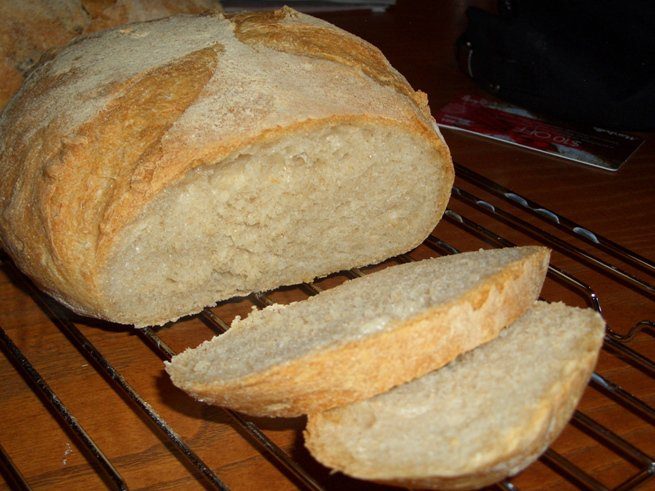 I tell the story often. God’s kids hungry and whiny on the long road trip from slavery in Egypt to freedom in the Promised Land. God pulls over the minivan and has a word with them through Moses.

“Tell the people I will rain down bread from heaven for them,” God says. “Each day they are to go out and gather enough for that day.” (Exodus 16:4)

God is good. But God’s goodness can bring out the worst in us. So with provision God gave law – the first law over His children this side of Egypt – predating the ten commandments, Leviticus, Deuteronomy… And the first law is about bread?

Take only your daily bread. One omer – about two liters – God says. Two liters for every person in your house. “This is a test,” God says.

And for a while God’s kids obeyed.

But one day – and I’m using my imagination here, which I realize is dangerous in some company – someone arrived to breakfast early perhaps. He walked out of his tent one morning and before him, as far as he could see, were delicious “what is its.” (Bread from heaven was so good they named it with a question in Hebrew – “manna”.)

Maybe this is how it happened. After collecting bread for the day he then stuffed extra into the pockets of his toga to put away in his 401K…I mean, refrigerator. In case God ever stopped being good. In case God broke His promise to provide bread for each day as each day arrives.

In anger God turned the leftovers into maggots and the excess began to stink. Unsatisfying.

All of us are breaking obscure Old Testament laws. All guys, except lumberjacks and hipsters, shave these days. And who wears an outfit made from only one kind of fabric? We don’t live by Old Testament law here on the other side of Calvary. Though I do sometimes wish I could put my wife in a tent in the backyard for a few days every month.

The apostle Paul believed the daily bread law – no matter how impractical and ancient and strange – was still in affect for New Testament Christians like me. He made a habit of asking the churches he planted to give him their leftovers so that he could share them with impoverished Christians living in Jerusalem – 80% of them lacking daily bread.

When collecting leftovers from Christians in Corinth he wrote:

Our desire is not that others might be relieved while you are hard pressed, but that there might be equality. At the present time your plenty will supply what they need, so that in turn their plenty will supply what you need. The goal is equality, as it is written: “The one who gathered much did not have too much, and the one who gathered little did not have too little.” – 2 Corinthians 8:13-15

What God wants is equality. And just in case anyone wants to bicker over exactly what he means by this, well, Paul defines the word clearly. By quoting Exodus 16. “Equality,” Paul says, means that no one has too much and no one has too little. But everyone has bread enough for today.

In one small paragraph the apostle Paul plucks a bizarre obscure law about bread from the pages of antiquity and places it solidly on the other side of Calvary before us moderns and says, “Take only your daily bread. This is a test.”

And so, I’ve said from so many stages, the test is this: Are daily bread and God enough for me?

If He is all I need then I can give up anything He wants to give someone else all they need.

And then I made a CD and sank every penny you gave and I had into its production, duplication, distribution and promotion. And then the adoption agency called and we added one more to our family unexpectedly. And I took a month off without income to help him adjust. And then there were doctor visits and blood tests. And a broken guitar. And the usual bills to pay. And a car to pass inspection. And…

Now it’s September and we’ve tallied what’s ahead – what’s coming in and what must go out and…a check arrives for what’s needed this week. “Daily bread,” I said when Becky opened it. “God is so laughing right now,” she said.

And next week? Well, I don’t know. And I’ve not lived an I don’t know kind of life for a few years now. Well, not like this. (You’re there too aren’t you?) This is the test. Can I live what I sing and say? Is having God and just enough…enough?