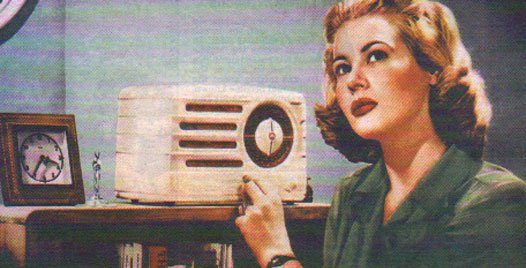 In 2001 you played my music – a lot. “Welcome Home” was the second most played song that year behind “Dive” by Steven Curtis Chapman. “Should I Tell Them” was also number one. And three more singles charted in the top ten. Two more in the top twenty. That’s seven singles from one album in eighteen months!

You gave me a gift few artists receive: Together, we told a lot of people about Jesus, sold a lot of albums, filled my calendar and filled seats. But…

Without realizing it, I built a life no bigger than my career. I had no ambition greater than commercial success. And I measured my worth by chart position.

Then radio changed. And, for me, everything changed.

You started testing songs before playing them. You cut your playlists by more than half in some cases. And major networks were suggesting I rerecord popular worship songs or cover that big hit by Tim McGraw because their test subjects favored the familiar.

I decided not to play by the new rules. Truth is, I couldn’t. I’m a one trick pony. I write songs. So I, Ginny Owens, Chris Rice and many more of my songwriter friends were no longer played on the radio and were soon out of jobs. By 2006, my label, Rocketown Records, closed its doors.

I was hurt and mad and took it out on you.

But a remarkable thing happened. Slowly.

Why would God give me a gift I wasn’t mature enough to understand and manage well? Why would He take away the gift of influence just as I began appreciating and investing it better?

Maybe this is the answer: There was a level of dependency, community, faith, character, maturity and, most of all, humility I needed but couldn’t receive until what I wanted most was taken from me.

Today, I’m grateful – for the quick success you gave me, the slow descent you played a part in, and everything God’s done in me and through me along the way. I’m a better man today because of it. But I’m also a man burdened by regrets. I want to be free.

I’m sorry. I’m not angry at you anymore. And I never should have been.

Sometime in 2009 you stopped being the enemy and I began directing my anger and disappointment at God instead. I realized He was the one I was really mad at all along. So I screamed and gave Him the silent treatment and screamed some more; and I wrestled and questioned His plan for my life, His wisdom and even His love.

He took it all. He’s supposed to. You’re not.

So, for publicly questioning some of your policies and practices? Well, I’m not sorry about that. Civil disagreement every once in a while is a good thing right?

But for hurting some of you with my lack of gentleness in doing so? For blaming all of you for changes to my life I didn’t like? For taking your business decisions far too personally? For placing my wants above your needs? For not refusing to answer those interview questions about you? For heaping onto your shoulders the anger and disappointment that belonged on God’s? For all this I’m deeply sorry.