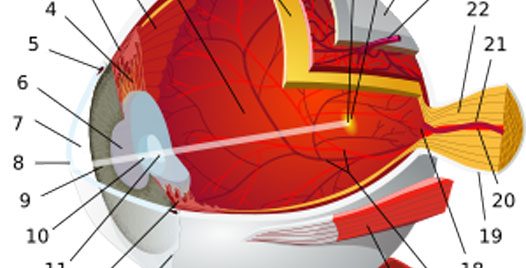 God made scientists, teachers, seminary grads and doctors because only when experts reach the end of their expertise will some of us acknowledge God as the expert He is.

The doctors at Vanderbilt are exceedingly compassionate and brilliant. But sometimes wrong. They said my sister-in-law Amy would need yet another surgery. It was the only way.

After an initial successful surgery to remove a cancerous tumor from Amy’s iris, her eye stopped making enough fluid. The faucets were broken. And her eye collapsed.

After numerous doctor visits and procedures that problem fixed itself. The faucets simply turned back on.

With faucets making enough fluid it was then discovered that her drain was broken.

Amy’s eye filled with fluid, the pressure inside rose and caused her a couple weeks of intense pain and nausea. The doctors said her eye’s drain was partially scarred shut – irreparable. They’d have to permanently shut off some of her faucets by destroying them. This, they thought, was the only way to balance the amount of fluid filling her eye with the amount her eye could drain.

Then several days passed with no pain. The doctor’s took a look, measured the fluid pressure in her eye, and said, well, her eye fixed itself. Somehow.

Somebody fixed it. An Expert.

Thank you for praying!

34 comments on “Why God Made Experts”